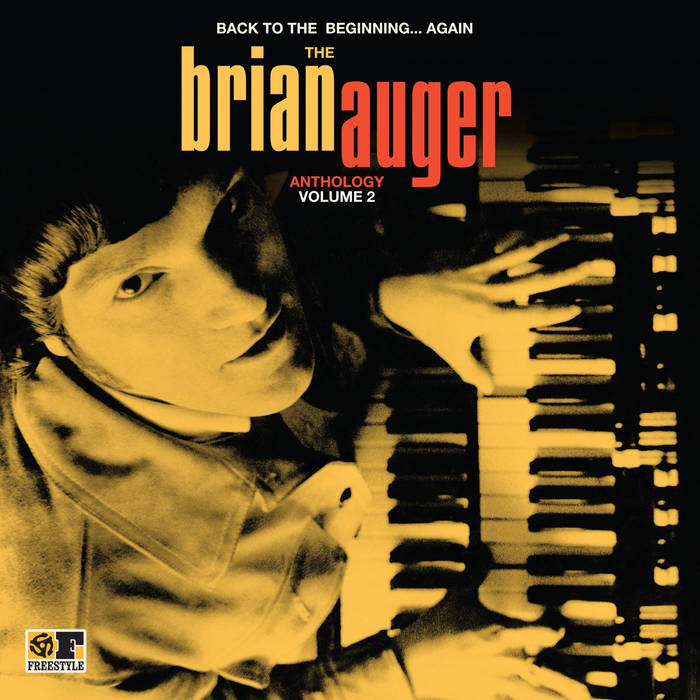 Back to the Beginning.​.​.​Again: The Brian Auger Anthology, Vol. 2
Brian Auger

Brian Auger, the London born keyboard genius & musical pioneer, lauded and loved by everybody from Herbie Hancock to Mose Allison, from the Brand New Heavies to The Beastie Boys, whose tracks have been sampled by Mos Def, Common, Air and Kid Loco, and his original compositions covered by Sarah Vaughan, Richard ‘Groove’ Holmes and he is the proud recipient of a US Congressional Award For Services to Jazz!

Since the 2015 release of volume one of Back To The Beginning – The Brian Auger Anthology, it’s fair to say that a whole new audience of fans and taste makers have joined the massed ranks of music lovers who were already aware of this great mans incredible, pioneering music and career that now spans over 50 years. After more sell out tours of the US, UK and Europe in the last 12 months, magazine features and an epic, 2 hour interview with Gilles Peterson on BBC 6 Music – more people than ever now grasp what a genre busting, pioneering artist Brian is.

This second volume brings together not only remastered classics from Brian’s’ career, but also super rare, and previously unreleased tracks. Check out his blistering jazz piano tracks from the early 60’s including Poinciana and Work Song, the barely known, late 60’s Hammond organ & big band versions of jazz standards Moanin’, Sister Sadie, and the incredibly gritty version by The Trinity of Jimmy McGriffs’ MG Blues, and the Big John Patton penned Funky Mama! The version of Miles Davis’ All Blues featuring Trinity vocalist Julie Driscoll needs to be heard to be believed.

As well as Oblivion Express perennials such as Straight Ahead, Inner City Blues and Happiness Is Just Around The Bend (Brians original composition, made famous by Cuba Gooding Seniors The Main Ingredient) there is also a demo version of Black Octopus, featuring The Headhunters Mike Clark & Paul Jackson, recorded in Brians’ Bay Area garage after Herbie Hancock split that equally groundbreaking group.

You will also be swept away by Ella, the rare track Brian wrote and dedicated to his wife of nearly 50 years – and you will no doubt be up on your feet when checking out brand new, previously unreleased live versions of Whenever You’re Ready and Freedom Jazz Dance, featuring original Oblivion Express vocalist Alex Ligertwood – recorded on 2015’s epic and triumphant European tour and released here for the very first time.

Back To The Beginning..Again is a fantastic collection that demonstrates why Brian Auger is considered legendary.