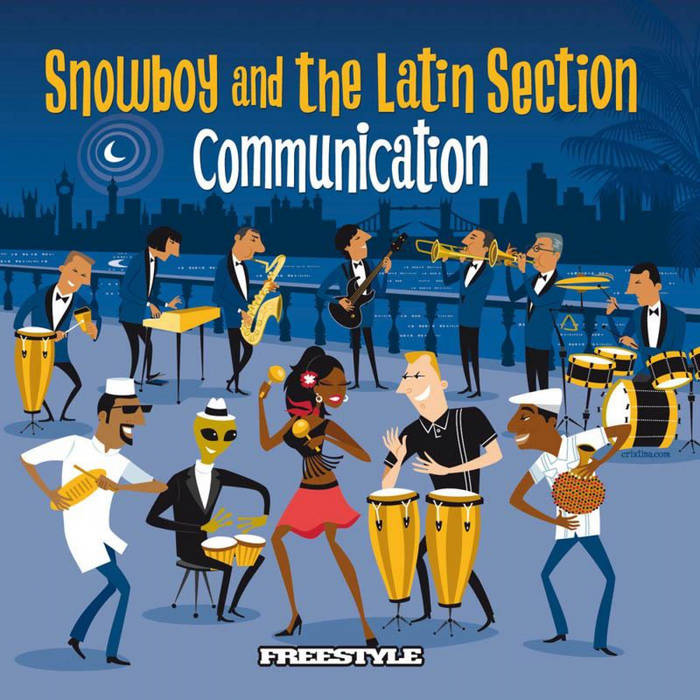 Communication
Snowboy and the Latin Section

Europe’s number one Afro Cuban Jazz group ‘Snowboy And The Latin Section’ release their 15th album, entitled ‘Communication’. Although continuing to perform many concerts and festivals around the world – from Australia to Japan, from Ireland to Greece – Snowboy (along with thousands of other musicians) became very disillusioned with the severe state of the music industry and took a break from recording. After four years and with renewed optimism the UK’s top Conga player (Conguero) and his all-star band have delivered an absolutely joyous and exciting album with power-house world-class performances. They consider it their best recording in Snowboy’s 23 year recording career. Along with the other seven strong original compositions here, the highlight of the album is an original composition by the acknowledged ‘King Of Latin Music’ – Eddie Palmieri. Mr. Palmieri doesn’t write for anyone else but after becoming introduced at Yale University six years ago by Professor Robert Farris Thompson – one of the world’s leading authorities of Afro-related Music, History and Art – they have become firm friends, and Eddie wrote a Mambo in Snowboys honour called ‘Snowboy’s Special’! Along with that very exciting song, this Afro Cuban Jazz album covers the Cuban styles of Mambo, Salsa, Palo, Descarga and Mozambique, making this the bands most versatile album to date.

Snowboy and the Latin Section