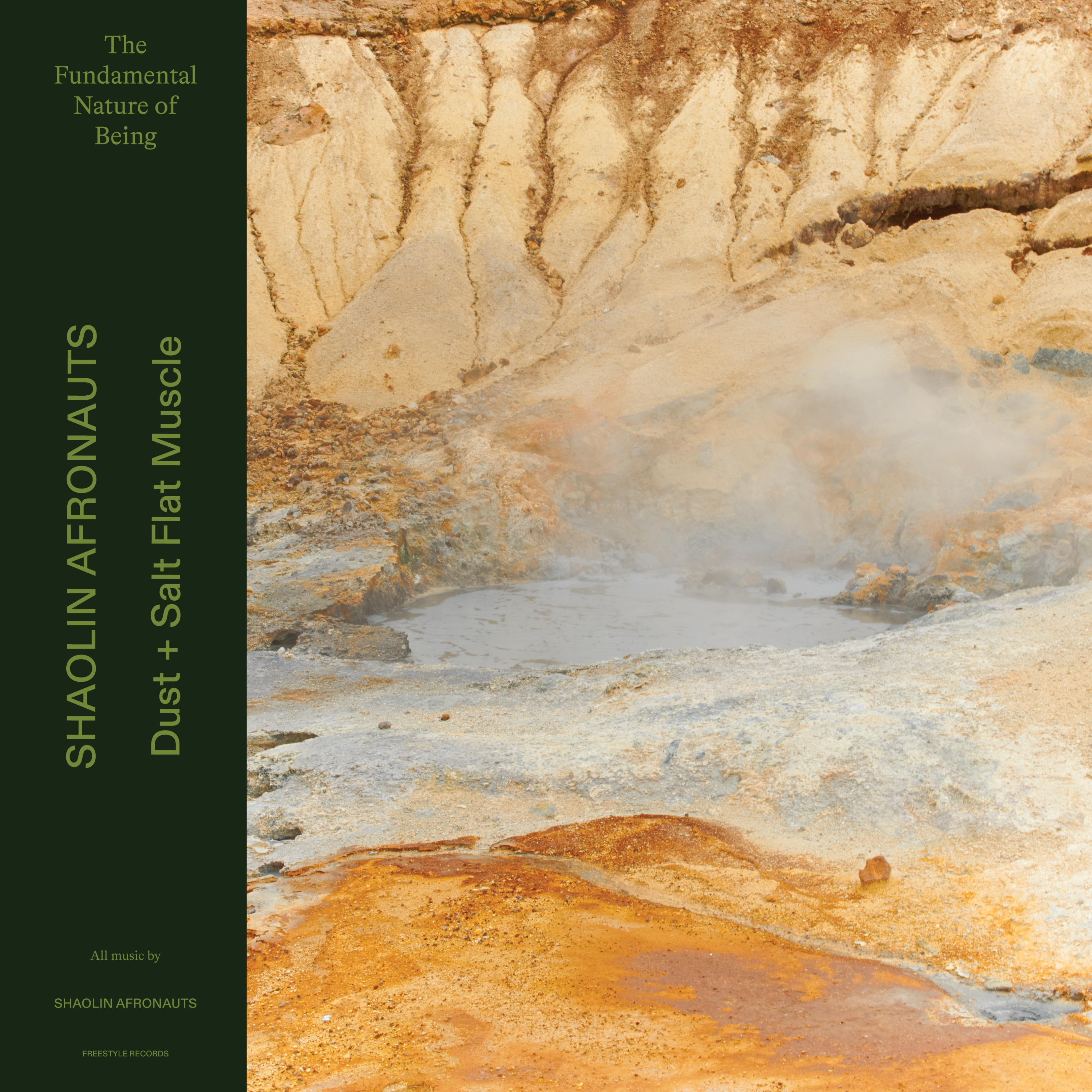 ­The mysterious afro-­soul of The Shaolin Afronauts first echoed across the dance floors of Australia in early 2008, captivating audiences with a highly evolved and unique approach to avant-garde soul music matched with an improvisational pedigree that immediately setthem apart from their peers. In the almost fifteen years since the ensemble’s debut they have released three albums on Freestyle Records and toured across Australia and around the world.

After an extended hiatus punctuated by rare live performances, The Shaolin Afronauts return with The Fundamental Nature of Being, an epic five album release that expands the sonic vision of the ensemble to towering new heights of burning afro-funk alongside esoteric and ethereal new sonic excursions. This expanded musical journey further explores the wide spectrum of the band’s musical identity – with each of the five parts designed as both standalone records, while also offering a singular listening journey across the band’s expansive musical world.

The 5-part project was recorded over just five days, drawing upon the band’s rich influence of 1970s West and South African music, jazz, psych-rock & soul, while also exploring the transatlantic sonic intersection between the 1960s electronic avant-garde & spiritual jazz. Free and partially directed improvisation is employed as a central component of the compositions, with the musical works acting as frameworks for the collective musical enterprise that has developed over the ensemble’s near fifteen years together.

The vast project is available as a strictly limited 5 LP box-set, with a deluxe booklet of extended liner notes, due for release September 16th 2022. Each individual album also being made available for singular purchase, and on CD & digital formats, over the month following.

The Fundamental Nature of Being firmly re-establishes Shaolin Afronauts as one of the most interesting and innovative collectives of creative improvising musicians operating in the world today. We are excited to offer the first in a series of two-track tasters due to drop in advance of the full release in late summer 2022, with each pairing a intended as a representation from the broad range of sounds on offer. Dust / Salt Flat Muscle showcases the ensemble in full flight, traversing the heights of East/West afro-funk grooves with a dizzyingly expansive depth of ideas being expertly presented, while still keeping an eye to the dance-floor.