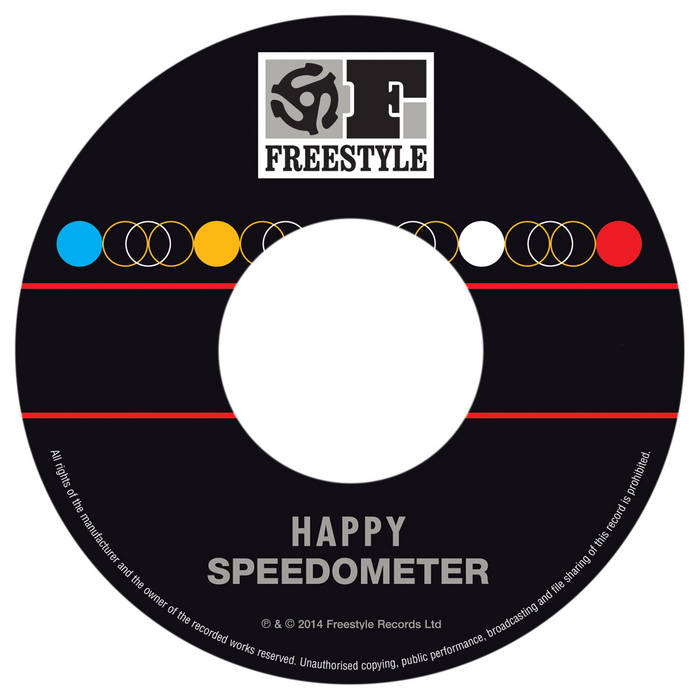 Having spearheaded the resurgence in deep, gritty funk and soul for 10 years, as well as working with Eddie Bo, Marva Whitney, Sharon Jones, Billy Wooten, Sir Joe Quartermain and most recently Martha High Speedometer have a reputation as a class act.

Originally recorded ‘just for fun’ and launched on YouTube, it instantly began to amass many viewings in a very short time…and generated request after request for it to be fully released….firstly as a digital download single, but that only created further crazy demand for it to be released on vinyl – to satisfy DJ’s and collectors and those who like something to hold in their hands!

So – here it is cut into wax – Speedometers’ happening, soul-jazz/northern soul instrumental version of the huge Pharrell Williams hit Happy! The flipside is an utterly mesmerising track Orisha which features non other than master congolero, DJ, author and all round musical legend – Snowboy!