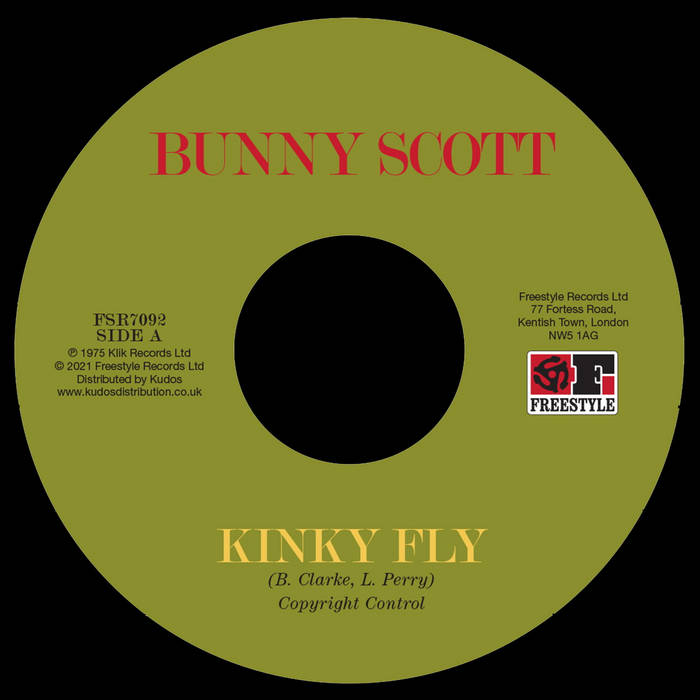 We mark the recent passing of the great Lee “Scratch” Perry with this gem of a 45 showcasing 2 of his stellar early Black Ark-era productions – plucked from the To Love Somebody LP reissue project from earlier this year, which unearthed the Perry-produced debut from Bunny Scott (aka Bunny Clarke aka Bunny Rugs, later of Third World).

The Blaxploitation-influenced funk track ‘Kinky Fly’ features members of The Chi-Lites’ backing band (passing through Perry’s legendary studio whilst in Jamaica for a series of shows) – their horn section and Chinna Smith’s wah-wah guitar shine through with synth overdubs adding to the mood, underpinned by the ghostly click tracks of the Conn Rhythm Unit (constituting one of Scratch’s earliest experiments with drum machines). On the flip, the upbeat ‘Sweet Loving Love’ boasts a textbook Upsetter-style lead high up in the mix and a stellar rhythm section augmenting Bunny’s soulful tenor.