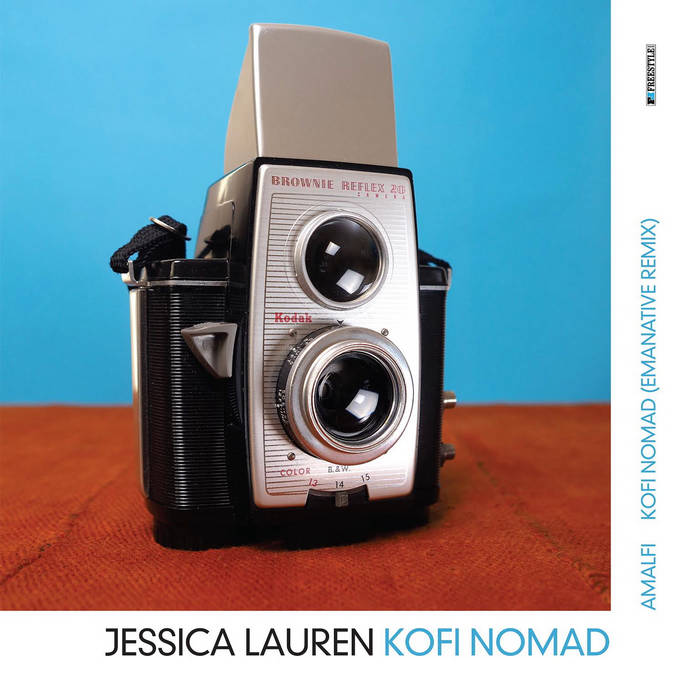 Her previous Freestyle album ‘Jessica Lauren Four’ (2012) highlighted Jessica’s minimalist approach, something rare and refreshing in the jazz world: she instills her compositions and playing with a refined sense of space which makes her music as much about what she doesn’t play as what she does.

Kofi Nomad is a deeply percussive afrocentric epic, featuring the beautiful baritone playing of Tamar Osborn (Collocutor), one of the most in demand woodwind players working today, underpinned by a powerful foundation of percussion courtesy of Richard Ọlátúndé Baker, Phillip Harper and drummer Cosimo Keita Cadore. Amalfi in contrast is a light, breezy bossa, which conjures up images of easy living days and sun dappled Mediterranean coastlines.

This three track release not only gives more than just a tantalising hint of the soundscapes contained within the forthcoming long player Almería – it also features a brand new & exclusive remix of Kofi Nomad by Jessica’s long standing collaborator Emanative (Nick Woodmansey).