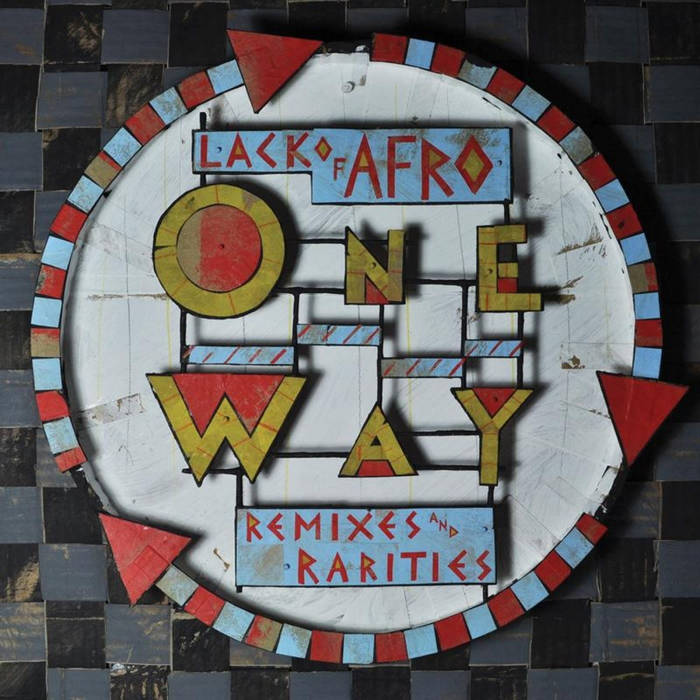 In a remarkably short amount of time, Adam Gibbons (Lack Of Afro) has amassed an extensive and varied body of work. From his own recordings, featuring his multi instrumental skills, to producing, DJ-ing and of course, remixing tracks by a huge range of different artists. This 27 track, 2 disc collection One Way – Remixes & Rarities brings together the cream of Adams reworkings, some remixes of his own tracks by like minded artists, and excitingly some previously unreleased material that sees the light of day for the very first time on this killer collection of funk fuelled, dance floor fodder. With so much material to choose from, putting together this compilation was almost an embarrassment of riches, whilst the highlights are many, for Adam himself the particular stand out moments are as follows:

Ray Camacho & The Teardrops – Si Si Puede (LOA Remix) Legendary trumpeter/bandleader Ray Camacho contacted Adam himself saying how much he loved this remix when he heard it! Adam aimed to make it as heavy as possible whilst keeping the original groove which was killer, and arranging it with the dancefloor in mind. Mission accomplished!

The Hot 8 Brass Band – It’s Real (LOA Remix) Having only the stereo master to work with on this one, meant writing a whole new track whilst keeping elements of the original to create this mix. Not an easy task, but it turned into one of the most rewarding Lack Of Afro remixes ever. Featuring heavy funk all the way, courtesy of Mike Bandoni (Funkshone/The 6 Music Fantasy Funk Band) on drums, and Nick ‘Frootful’ Radford on guitar.

Lack of Afro – Daddy Brings His A Game This exclusive new track very nearly made it onto Lack Of Afro’s 2011’s This Time album, so it was very nice to be able to include it here. All built on a filthy bass line from Damon Minchella, and helped out with some guitar, and Hammond from the boy Flevans. Its quite dirty really!

The New Mastersounds – Idle Time (LOA Remix) A favourite in the US where The New Mastersounds are now huge on the funk/jam band scene. Built around a great groove from the NMS boys, with an awesome vocal by Leigh Kenny, who was signed to Sony at the time.

Soopasoul – Brand Nu (LOA Remix) Adam often cites this track as probably his favourite ever LOA remix as the strings hold a special place is in heart, and someone recently told him that the kick drum sound was the best they’ve ever heard. As rock solid as a diamond anvil, it seems to do the job anyway!

Dig in and root down!