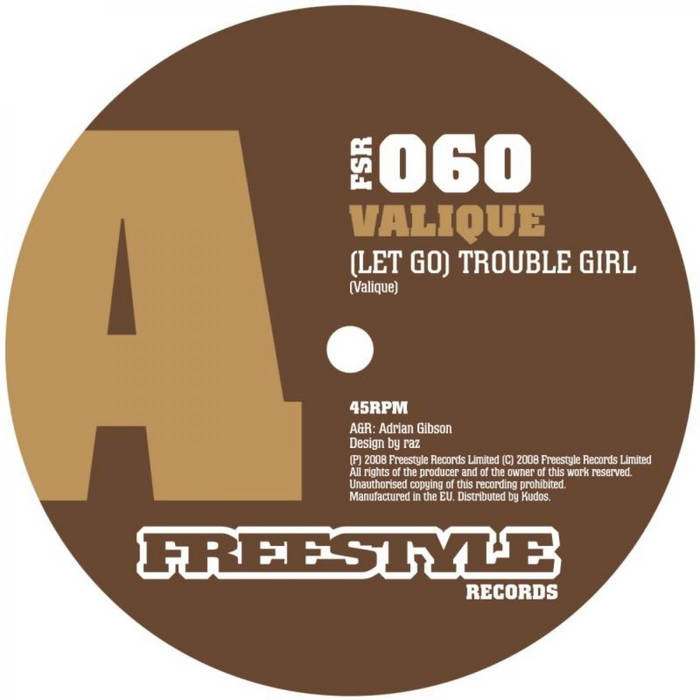 Hailing from Moscow, Valique started his musical career in mid 90s as an arranger and musician in several electronic live projects, gradually shifting from raw jungle/industrial music to diverse forms of deep house, nu-jazz and funk/soul breaks. As an accomplished vibraphonist and percussionist he has recorded session work on various albums and recently recorded an entire album of classical Russian folk and war songs with nu-jazz/funk twist.

Following the hugely successful “Taking Your Seat” is the impressive “”(Let Go) Trouble Girl”, another disco funk hybrid. Over on the flip is an updated take on the Betty Wright classic “Where Is The Love” featuring the vocals of Orgone’s Fanny Franklin.