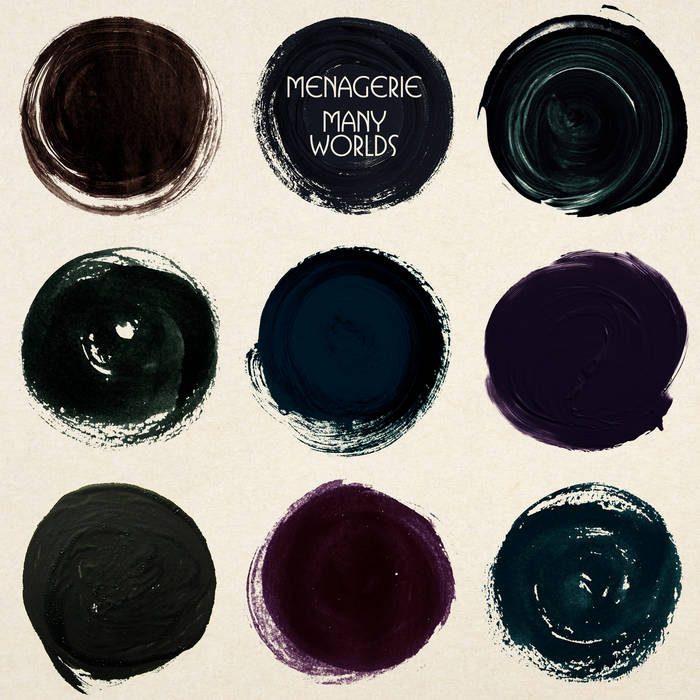 Inspired by both the post-Coltrane generation of the 70’s, labels like Strata-East, Impulse! and Tribe, along with the current ‘New Wave Of Jazz’, Menagerie aligns with the world of Kamasi Washington, Shabaka Hutchings and Nubya Garcia, whilst also bringing their own unique twist.
Lead single ‘Free Thing’ leans heavily into the spiritual side of the band’s sound. The hypnotic spoken word-poem is evocative of The Last Poets, an earthy yet futuristic meditation on the universal theme of freedom itself, set to a backdrop of insistent percussion, double bass and brooding piano voicings.

‘Hope’ carries forward the sound of spiritual jazz into the 21st century, with its epic vocal harmonies and melodic fanfare, it is an uplifting anthem for this period of global worldwide upheaval and uncertainty.
The title track ‘Many Worlds’ is a perfect example of how Menagerie incorporates their myriad influences, but manage to create a sound that feels uncannily fresh and contemporary. Book-ended by ambient, ethereal sections, the slow-burning groove builds over its 11-minute duration to create a standout crossover track.
Menagerie have received airplay and radio support from Gilles Peterson (BBC6/Worldwide FM), Don Letts (BBC6), Jamie Cullum (BBC Radio 2), Simon Harrison, Paul Miller and Ennio Styles (3RRR).
‘Many Worlds’ will be released on legendary U.K imprint Freestyle Records – home to jazz contemporaries Courtney Pine, Jessica Lauren, and keyboard legend Brian Auger.