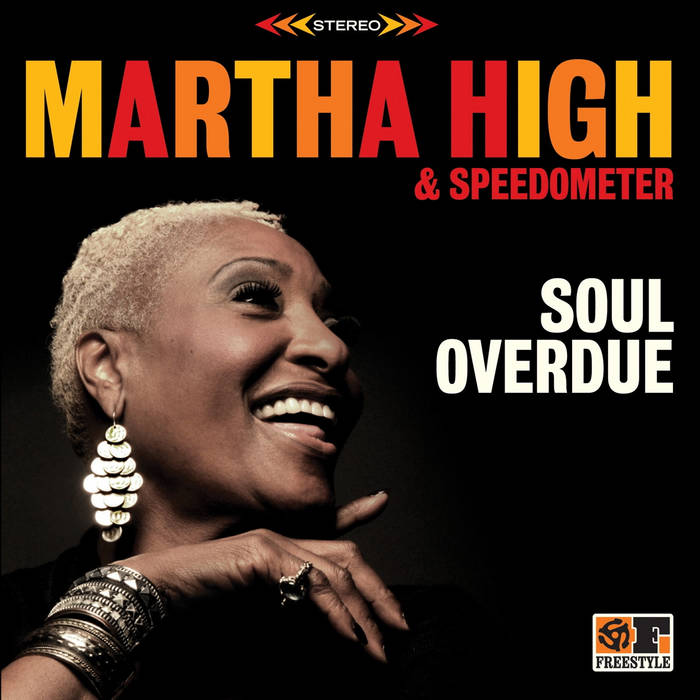 ‘Legend’ is a word so overused in the music business that it has lost much of it’s original impact. But Freestyle Records feels wholly justified in describing our latest signing as precisely that.

Martha Highs’ impeccable soul credentials are beyond question. She was a member of The Jewels, who in the mid 60’s were part of The James Brown Revue, and also released two 45s produced by James Brown, Although The Jewels eventually disbanded, Martha continued to be a part of the live James Brown show for the next 30 years! It’s Martha’s voice that graces JB classics such as ‘Say It Loud – I’m Black & I’m Proud’ & ‘The Big Payback’ amongst many others. She also recorded a solo album, for Salsoul Records in 1979, also produced by Soul Brother Number 1, which added a touch of soulful disco to her enviable array of singing talents.

In 2000, Martha was invited to tour with ex JB sax master Maceo Parker, cementing her reputation as THE soul sister to augment any genuinly super funky live show.

After featuring on Freestyle mainstays Speedometers’ 2011 album ‘The Shakedown’, and touring with the band, leader Leigh Gracie and Martha formulated the idea for her to record an album on which she would re-interpret some classics, and give a new angle to some more contemporary funk & soul compositions.

‘Soul Overdue’ kicks off with a high octane rendition of ‘No More Heartaches’, Martha and Speedometer prove to be a perfect match as the bands super tight musicianship provides a formidable backdrop to her searing, soaring vocals.

In comparison, the more subtle, tender moments on this album, in particular the heart wrenching version of Etta James’ ‘I’d Rather Go Blind’ had already been proven as a show stopper live, and now that it has been committed to tape, with The Voxettes added backing vocals, and Andy Fairclough’s masterful organ playing, it must surely be one of the finest examples of contemporary bluesy soul around.

The floor shaking version of ‘Save Me’, sits somewhere between Aretha Franklins original and the Brian Auger & Julie Driscolls’ 60’s mod club classic, as Andys Hammond spits and grunts out notes, whilst Martha hits just the right spot!

‘Soul Overdue’ is an incredibly apt title for a project that has been over 40 years in the making, and it shows that Martha’s’ voice remains undiminished, her youthful vocal clarity and style quite simply dazzles, as she shows a host of young pretenders the way it should be done!