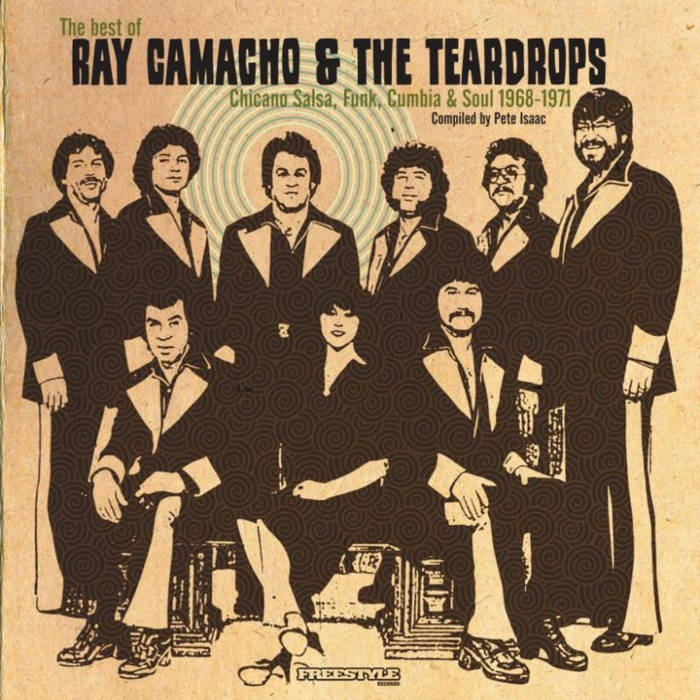 The Best Of
Ray Camacho & The Teardrops

Freestyle Records is immensely proud to announce the release of The Best Of Ray Camacho & The Tear Drops: Chicano Salsa, Funk, Cumbia & Soul 1968 to 1971.

Compiled by DJ Pete Isaac from legendary UK club night Jelly Jazz, after Pete discovered and fell under the spell of Ray´s music on original vinyl during a trip to New York in the late 90´s. Pete then tracked down the man himself in California and so begun the long process of bringing Ray´s music to the attention a new generation of dancers, DJ´s and collectors.

Trumpeter Ray Camacho first formed his band in 1960, and like many jobbing Chicano musicians spent nearly a decade paying his dues by playing thousands of concerts (including gigs under enemy fire in Vietnam for the USO organisation) before finding legitimate success as a recording artist and recording well over 30 albums for a variety of labels including Discos Falcon, CBS and California Records.

The music itself is diverse as it is timeless, ranging from straight ahead salsa, latin rock, traditional cumbia, soul and latin funk but all featuring the unstoppable dance floor force that has made Ray´s sounds indispensable for previous hip releases such as Ubiquity Records ´Bay Area Funk´ compilation.

Ray Camacho is as individual a character as his music, we are pretty certain that there has never been an artist on Freestyle previously who is married to a former beauty queen (Miss Tuscon), and has played for US presidents like Ronald Reagan and Richard Nixon or who has supported artists such as Santana, Tower of Power, Dick Clark, Chicago and even The Carpenters!