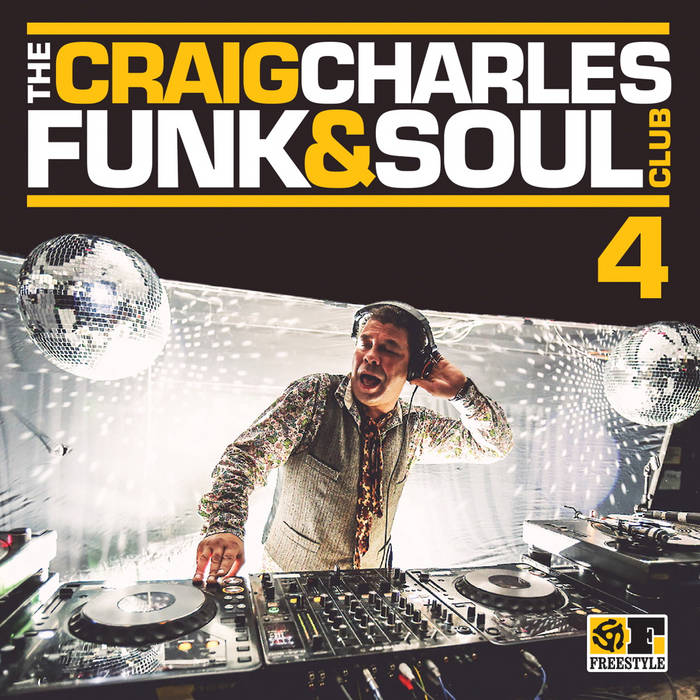 I can hardly believe the very first edition of the Craig Charles Funk & Soul Club came out in 2012 – much time has passed, but my mission remains the same – to give you lucky lucky people another hard hitting selection – a crafty musical right hook, another fist full of funky things – and this new collection packs a hell of a punch!

For Volume 4 – we open up with 3 disco tinged bangers, Kylie Auldists’ Family Tree will transport you directly onto the dance-floor of New York’s legendary Studio 54 discoteque – Smoove & Turrell’s cover of Hot Chocolates’ You Could Have Been A Lady’ has got that Newcastle boogie oogie oogie vibe down – Lexsoul DanceMachine have marinated Beef Grinder in sizzling hi hat cymbals and a spicy clav riff so saucy Stevie Wonder would be shocked!

Add into the mix 3 classics dug from the crates – one from Brian Auger, one of the best Hammond organ players ever, one intensly catchy number from from Ginger Johnson & His African Messengers, and a super rare track from John Heartsman & Circles that comes from an album so rare that it has changed hands for $5,000!

Mix in a crop of contemporary funk, soul and latin bangers from acts such as The New Mastersounds, The Tibbs, Lisa Stansfield, Lack Of Afro ft Joss Stone, Sunlightsquare, Marta Ren & The Groovelvets, Flevans, a killer groove from Lance Ferguson’s Black Feeling Vol 3, a 100% exclusive ‘never heard before’ track from The Fantastics! feat Sulene Fleming too, and you’ve got the soundtrack to an instant party on your hands..

So there you have it boys & girls – I give you The Craig Charles Funk & Soul Club Volume 4 – the cream of the current crop, the choicest cuts of my favourite slices of the slinkiest soul, weapons grade funk bombs and latin bangers – it does exactly what it says on the tin..and then some.