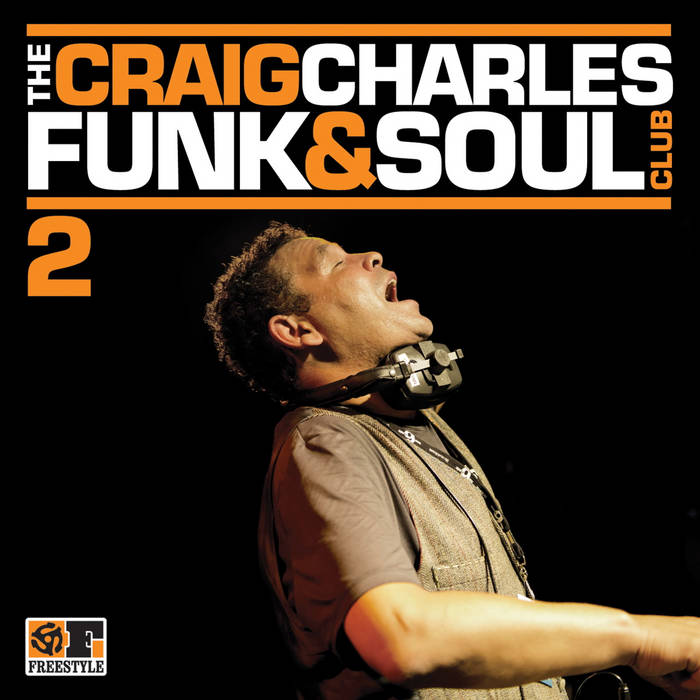 Since the release of Volume 1 in 2012, Craig has barely had a chance to change his socks, presenting his massively popular radio show on BBC 6 Music and having been on an almost constant DJ tour – dragging his Trunk Of Funk far and wide to play for increasingly large audiences, including kicking off the Glastonbury Festival with a four-hour set, causing all manner of musical mayhem at WOMAD 2013, tearing the roof off the Soundwave festival in Croatia – as well as hosting his regular club nights at Manchester’s Band On The Wall – with block rocking live shows from names like US funk legend Lee Fields, Spain’s Sweet Vandals and Australia’s toughest raw funk collective Deep Street Soul amongst many others.

And so – the man, the myth, the legend, the not-so-tall, the not-so-dark, the not-so-handsome Craig Charles has hand picked fresh and classic nuggets from the very best soul, funk & dance floor grooves around for Volume 2 of his top selling compilations series.

This edition contains some 100% completely brand new exclusive tracks not heard anywhere before, including Dr. Rubberfunk’s ‘Creek Walk’, Emma Beatson and The Hawkmen’s track ‘Do It’, and Lack Of Afro’s ‘The Outsider – Part 2′ which was recorded specifically for this album.

You have to hear Cookin’ On 3 Burners Hammond funk version of Gary Numan’s ‘Cars’, you will flip your lid twice when you hear funk royalty Fred Wesley & Anthony Joseph join forces on Mop Mop’s ‘Run Around’, and your ears will buy you flowers in gratitude once you have treated them to The Hot 8 Brass Band’s version of The Specials’ ‘Ghost Town’ and the original acid jazz troubadours James Taylor Quartet’s debut 1987 single ‘Blow Up’!

Of his second selection for Freestyle Craig says: Whilst my 6 Music radio show features much of the music from the golden age of American soul & funk music, my compilations for Freestyle are a showcase for the contemporary bands that are all part of the worldwide response to the original pioneers and innovators of that sound – all the artists featured are doing their funky thing now – this is no history lesson!

There are indeed living legends featured, not only Jocelyn Brown featuring on Jessica Lauren’s funking gospel style stomper ‘Happiness Train’, but two appearances from the recently honoured Omar LyeFook MBE – who not only guests on Lack Of Afro’s remix of The Hidden Jazz Quartett’s ‘High Heels’, but also as impressively on the brand new version of his massive early 90’s hit ‘There’s Nothing Like This’ – which features bass player to the gods Pino Palladino.

The Craig Charles Funk & Soul Club Vol 2 is the gift that just keeps on giving – it’s like having Craig himself DJ-ing in your house. This selection is his greatest yet – and if you don’t wear out your carpet getting down to these tracks – you should check your pulse – as you may already be dead!

And don’t forget – there’s no sleep till bedtime!