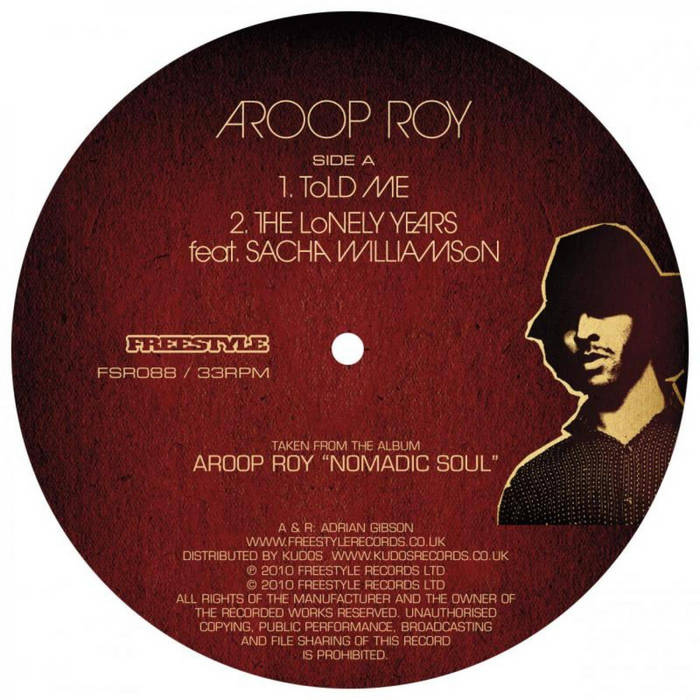 Aroop Roy is an artist and producer of many dimensions. Aroop’s eclectic work as a producer has been supported worldwide by numerous tastemakers including Bugz In The Attic, Kyoto Jazz Massive, Patrick Forge and Laurent Garnier. In 2006, he even had the chance to work with legendary Motown producers The Mizell Brothers. In 2009, his compilation absolute!!:Sounds From Tokyo was released to critical acclaim and he was invited to do a guest mix on Gilles Peterson’s legendary Worldwide BBC Radio 1 show.

This brand new 12 inch is an album sampler offers 2 killer cuts from the forthcoming full length debut (Nomadic Soul) on beautiful fat vinyl, Told Me and The Lonely Years and the B side has two stunning remixes a Simbad rework of The Lonely Years and a Yellowtail version of Step Back.