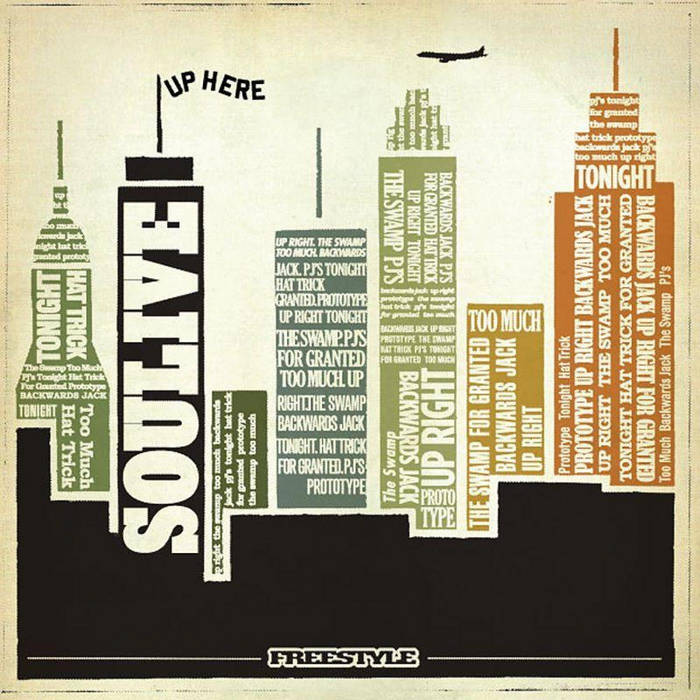 2009 marks Soulive’s 10th Anniversary and over the past 10 years, Soulive have covered a lot of ground musically and literally. Not many bands can say they have recorded with Chaka Khan, Dave Matthews, Talib Kweli and John Scofield. Nor can many bands open for The Rolling Stones on one tour and have Stevie Wonder sit in with them on the next tour, and who else has recorded for legendary labels such as Blue Note, Concorde AND Stax Records? Pedigree indeed!

Of this brand new album founding member, drummer Alan Evans says “This is the Soulive album I’ve always wanted to record. It’s what I’ve been hearing in my head for years, like when people say “if I could go back in time knowing what I know now” Well, that’s what we did with Up Here. The session had the vibe and energy of Get Down but with all of our experiences from the past 10 years put down on tape in a very meaningful way”

The record’s opening track “Upright” immediately sets the tone with a completely infectious hook featuring keyboard maestro Neal Evans on an old upright piano. There are some nods to the “old-school” on the record. “For Granted” is a tip of the hat to Grant Green, and Eric plays licks reminiscent of his early solos on Get Down and Turn It Out. Guest vocalist Nigel Hall tears it up on “Too Much” (also released as a killer Freestyle funk 45 FSR7059) while Eric’s guitar sings like D’Angelo on the laid-back grind of “Put on Yo Pajamas” (P J’s)

No matter how you listen to Up Here, it sounds like you’re listening to vintage vinyl. One of the most difficult things about making a record with a great live band is capturing all that live energy while still making the record that’s about songs. Up Here does as good a job as any record could in accomplishing this. “Straight up”, says Alan, “this is the first Soulive album that I can say every tune on it is my favourites on the album”.