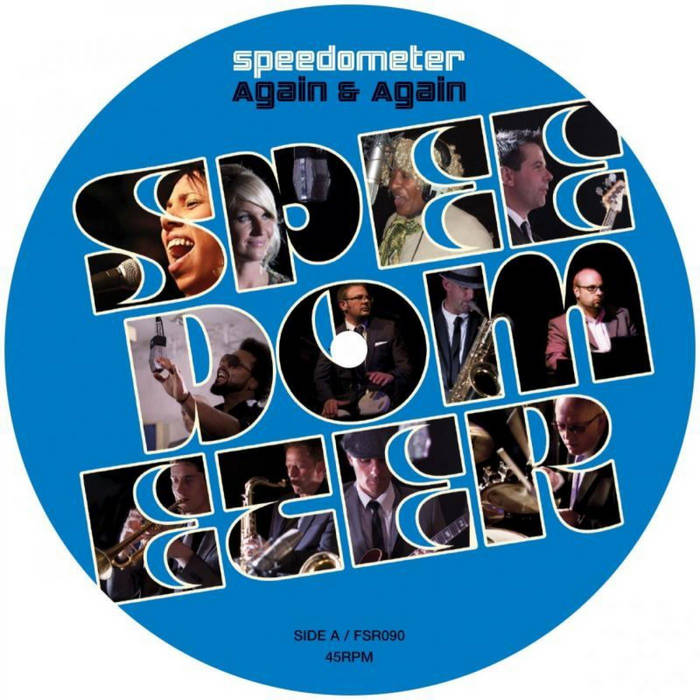 Speedometer, one of the most successful UK funk & soul bands of the last decade, attain the next level of their musical ascendancy with the release of this amazing new 12 inch single (and digital download).

Again & Again is taken from the forthcoming new album The Shakedown (FSRCD/LP082) which marks a step change in the groups sound and style, featuring more vocal led songs, a wider musical horizon, and the vocals of regular singer Ria Currie and guests Myles Sanko, Natasha Watts and the living legend Martha High!

It’s the golden tonsils of Natasha Watts that leads the proceedings on Again & Again, which is a dance floor focused release, which not only offers up the album version of this quite stunning track, but also is your only chance to own the fantastic DJ Format remixes that grace this stunning collection of 21st century funky soul!