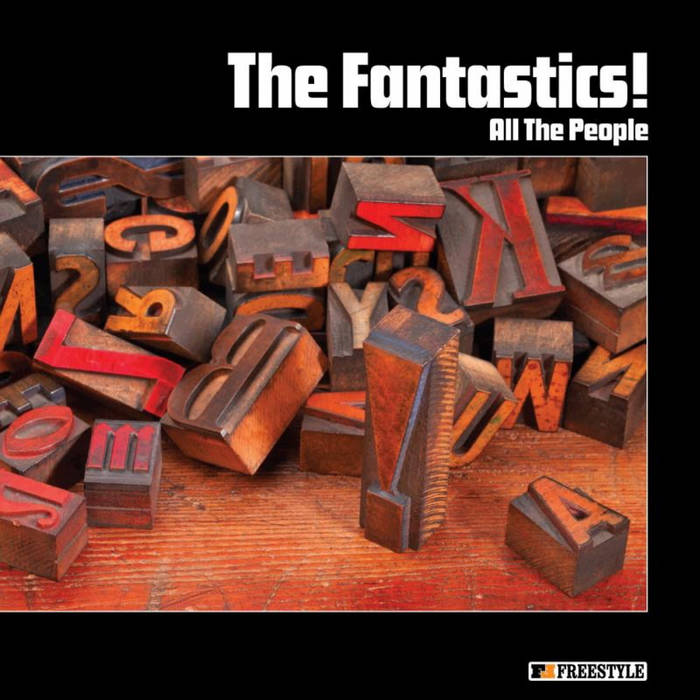 All The People
The Fantastics!

The Fantastics! first began to take shape in 2003 after organist/pianist Greg Boraman departed the ranks of the acclaimed deep funk outfit The Soul Destroyers (Jazzman Records) and answered the call to fill the keyboard seat in Reverend Cleatus & The Soul Saviours, the previous incarnation of the band that released their debut album 2LBs Of Funk on French label Soul Cookers Records.

Whilst the band indeed loved heavy funk with a passion, they also wanted to incorporate other styles that had shaped their open minded musical lives: jazz, Brazilian, afrobeat, rhythm & blues, rock, boogie, latin, reggae: the full spectrum of influences which each musician individually brought to the table! Finding that they soon tired of the narrow and formulaic restrictions that the purely retro funk genre saddled them with, and a new plan began to come together.

Changing their name to The Fantastics!, they re-launched with the Cheeba’s Couch 45 (on Raw Wax), an aggressive funk-rock assault to highlight a deliberate widening of musical textures and influences the band were eager to explore. Freestyle Records founder Adrian Gibson picked up the band and the resulting debut album Mighty Righteous won plaudits from entities such as Wax Poetics, legendary DJ Bob Jones and BBC Radio 2’s Mark Lamarr who invited the band in to perform live sessions twice for his God’s Jukebox show, who all appreciated the more varied musical horizon the group were reaching for.

Now in 2011, The Fantastics second album is another step in the London band’s long musical journey. The musical transition continues on All The People which features vocalist Sulene Fleming on several tracks, one of the UK’s most versatile and capable singers of her generation! Add to this great musicianship and strong original compositions such as Somewhere Finally, the shimmering and beautiful summer love song that drips with deep soulful, horn hook lines, and of course Sulenes’ soaring vocals, the moody and atmospheric Know No Gods, the southern blues inflected groove of Cold Case and the full on, strident funk-rock grit of I Breath all demonstrate how The Fantastics! have finally arrived at their musical destination with a highly eclectic sound for today which pays respect to the past without being shackled to it.