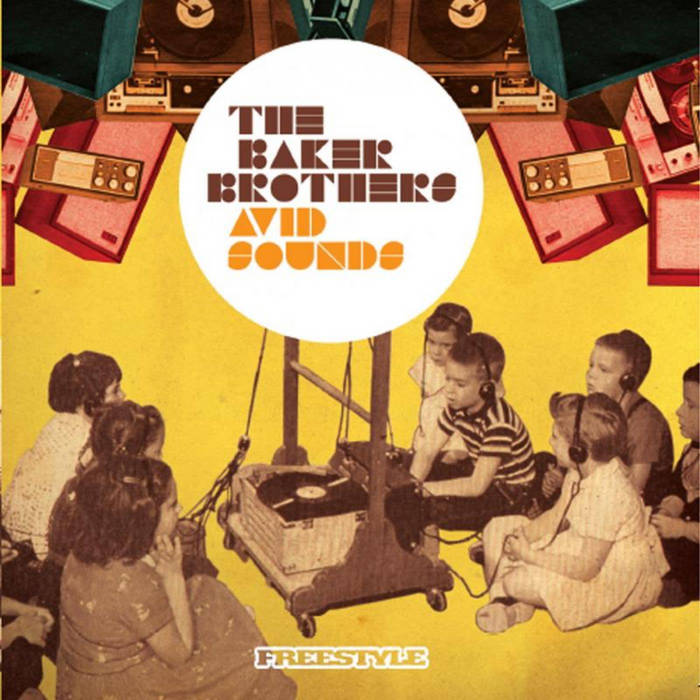 What do The Blackbyrds, Gil Scot Heron, Sly & The Family Stone and even The Steve Miller Band have in common?

On ‘Avid Sounds’ the brand new Baker Brothers album, these legendary acts get lots of love as Dan and Rich Baker and Chris Pedley lovingly revisit their favourite soul and jazz funk anthems and update them with the Baker Brothers twist and recruit a famous name or two to assist!

The album opens on a high light with Vanessa Freemans’ faultless vocals taking the spotlight on Family Tree, we are soon shot into orbit as the band stamp their own identity on the wonderful disco-jazz delight that is Manzels’ Space Funk.

Scottish soul-funksters The Average White Band were one of the first UK based acts to break through internationally and lead the way for European bands in love with black American music and so it is a great honour and fitting tribute to their groundbreaking career to have Hamish Stuarts vocals grace The Baker Brothers version of Sly Stones’ ‘If You Want Me To Stay’.

Steve Millers soulful psych rock anthem ‘Fly Like An Eagle’ is next up for a punchy Baker Brothers reworking, synthesizer and organ throb gleefully together as hornsman Matt McNaughton rests his brass and gives his tonsils a workout.

Talc (Wah Wah 45) guest on Street Player, the original of course being a Chicago classic and this version is just as lively with blaring horns and thumping drums providing this tracks unrelenting drive.

Avid Sounds is 11 stylish reworkings of The Baker Brothers favourite influences, from soul to funk to rock, all these tracks shine again in 2009!