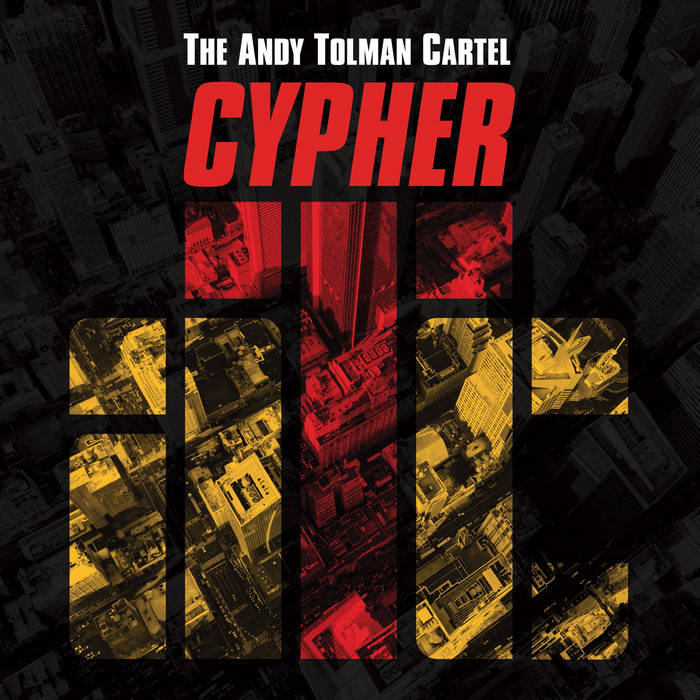 For decades, if you wanted to listen to great music all you needed to do was stare at a screen! TV and film soundtracks were often the work of US legends such as Lalo Schiffrin, Oliver Nelson & Quincy Jones, and their Uk counterparts Ronnie Hazelhurst and Alan Hawkshaw, provided the soundtrack to the 60’s & 70’s at a time when film and TV music was unashamedly funky and featured the ensemble of choice for the jazz arranger.. the big band!

A 21st century musician wit comparable skills is Andy Tolman – an astounding bass player, but also highly adept at writing & arranging for a big band and who is heavily influenced by those greatest practitioners of the art. Andy met to Nick van Gelder (the original Jamiroquai drummer) and keyboard guru Carl Hudson whilst doing a run of gigs backing artists like Leon Ware and Jean Carne. Andy played Nick You What! and he asked if he could lay a drum track down and at around the same time Carl offered his services on the record also. Nick went on to drum on the entire album and produce the recordings too.

At the tail end of 2011, when Freestyle Records A&R man Greg Boramans’ compilation ‘Sounds From The Soul Underground’ was released the glorious noise of The Andy Tolman Cartel first came to public attention. The amazing track You What! had one foot in jazz-funk & the other in film & TV themes of the 60’s and 70’s, found champions in Jazz FM’s Peter Young and BBC 6 Musics Craig Charles who both featured it on their radio shows heavily.

Andy himself takes up the story; “After You What! found it’s way onto Gregs’ compilation he asked me how many more tracks I had, I kind of lied (sorry Greg!) and said a whole albums worth. Having shot my mouth off I thought I had better set about delivering&hellip; a daunting prospect, and a promise I probably wouldn’t have made had I been sober at the time. So I called upon the services of some of the amazing musicians I have worked with over the past few years. Move Over was the first song I heard Jo Harman sing and Stevie Watts award winning Hammond organ playing seemed like a natural fit too”.

‘Cypher’ is indeed the perfect example of a natural fit of like minded musicians and their natural talents and the delightfully natural sound of a big band cutting loose that has not been heard for a long time making a welcome and long overdue return.