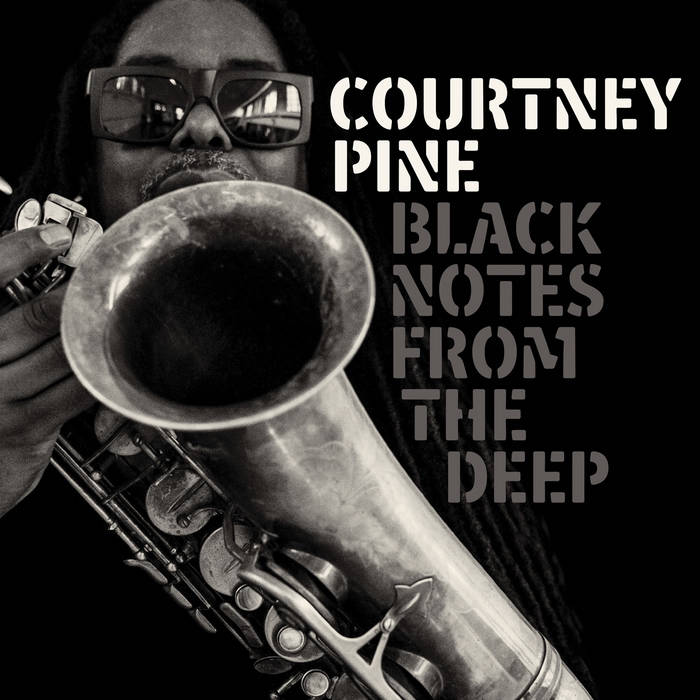 Black Notes from the Deep
/

No musician embodies more the dramatic transformation in the British jazz scene over the past thirty years than Courtney Pine. His debut album, Journey To The Urge Within in 1987, was the first serious jazz album ever to make the British Top 40, notching up sales to qualify for a silver disc.

Aside from being the preeminent figure in the resurgence of British jazz, Courtney became a renowned presenter and broadcaster, best known for his long running radio show for BBC Radio 2, ‘Jazz Crusade’. He was also awarded an O.B.E in the 2000 New Year’s Honours, and was also made a C.B.E in 2009 for services to Music.

As an artist always looking to work outside of, and across established musical genres, it is easier to list the musicians and artists he hasn’t worked with, and styles he hasn’t fused with jazz, but now in 2017 Courtney releases a brand new album – the nineteenth of his career, one of his most varied and eclectic to date, ranging as it does from funk tinged foot tappers, to beautiful and tender ballads.

Black Notes From The Deep includes four tracks featuring another British music icon of equal repute, Courtneys’ Freestyle Records label mate and an artist also honoured for his own creative endeavours; Omar Lyefook M.B.E. This is a musical pairing so wonderful it is hard to believe it didn’t happen years ago, but the end results speak for themselves.

For this brand new album, Courtney assembled a line up of like minded instrumentalists, perfectly suited to his fresh and unique approach . With this absolutely rock solid group behind him, including Alec Dankworth on bass duties, the enviably talented Robert Mitchell on piano, with Rod Youngs providing his masterful drumming, this is a dream ticket line up to back Courtney. There is a welcome appearance by veteran jazz organist Ed Bently on In Another Time, and the gifted guitarist Chris Cobbson adds some beautiful textures on the The Morning After The Night Before.

The highlights within this album are many – but the exciting and fresh interpretation of Herbie Hancocks’ Butterfly seems destined to be one of the most remarkable, featuring as it does Omars’ fantastic vocal performance which rides sweetly on top of the dreamy backing vocals of Charleen Hamilton – and of course Courtneys’ flowing, imaginative and creative solo perfects this modern version of a much loved classic.

Courtney has been lauded as the most original, ceaselessly creative and inventive British jazz musician since the start of his career over 30 years ago – and Black Notes From The Deep proves that he still is.