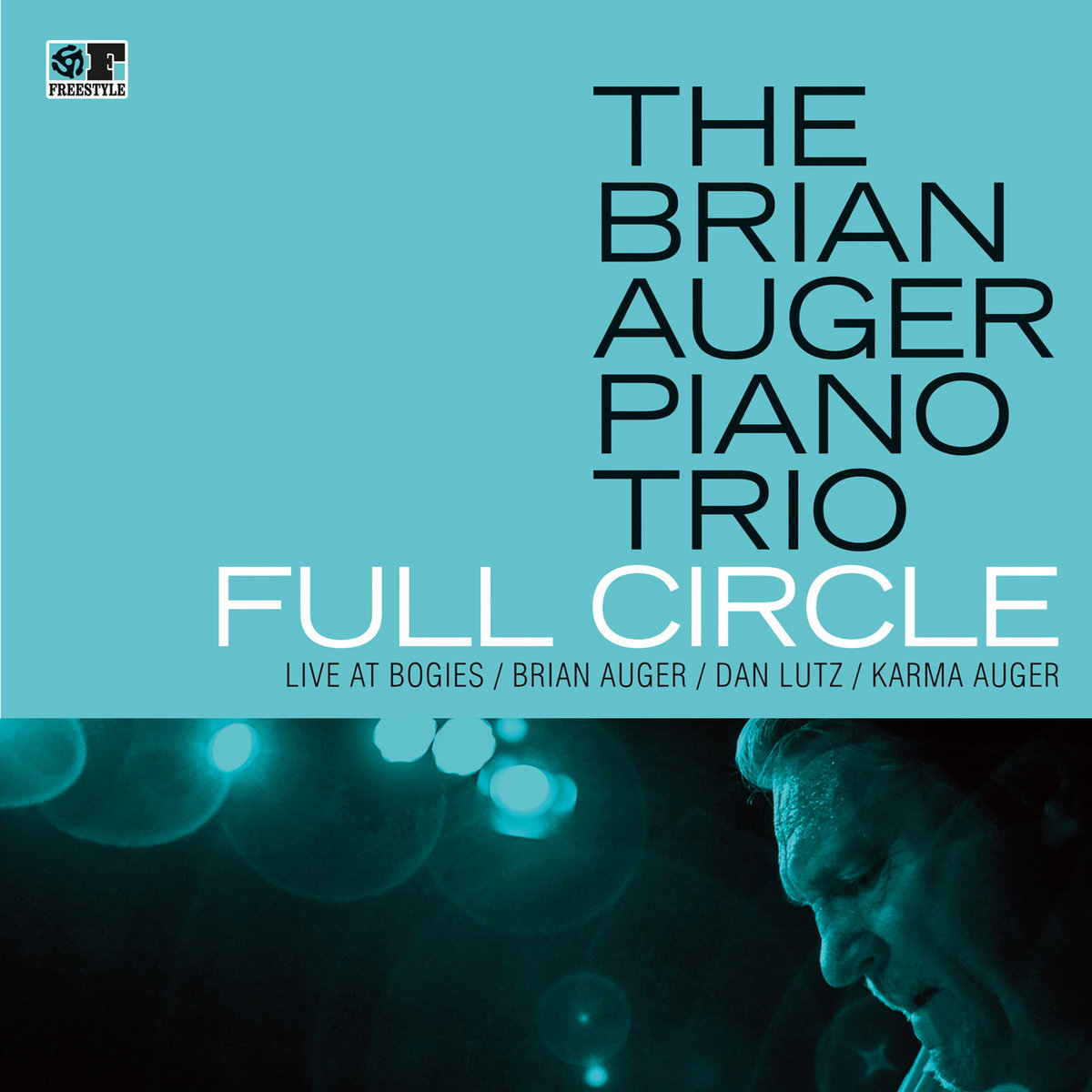 Considering he was a self taught pianist, Brian Auger’s progress into the heart of the British modern jazz scene of the late 1950’s and early 60’s was particularly impressive. He gained invaluable experience the hard way, paying his dues at The Cottage Club, and the original Ronnie Scotts on Gerrard Street, working with renowned saxophonists Tommy Whittle, Dick Morrisey and Jimmy Skidmore – and sessions in smoky East End pubs with his friend, arguably Britain’s greatest jazz saxophonist Tubby Hayes.

The inclusion of several of his rare, early 60’s piano trio tracks on both volumes of ‘Back To The Beginning – The Brian Auger Anthology’ brought long overdue attention to Brian’s early jazz career, which many were simply unaware of prior to their release. The enthusiastic reaction to those tracks that stuck in Brian’s mind, and later, fate intervened, as he himself explains; “A couple of years later, Ken Greene, the Music Director of Bogie’s, called and told me that he was starting a project, to whit, a week at Bogie’s with a different jazz piano trio each night”.

The material Brian decided to play features tracks from a selection of his musical influences, heroes and friends including ‘Chelsea Bridge’ by one of his favourite composers, the great Billy Strayhorn, Freddie Hubbard’s ever green ‘Little Sunflower’, the much loved standard ‘There is No Greater Love’ which Brian used to play in his original early 60’s piano trio, and his own composition Victor’s Delight he wrote a tribute to the great English Jazz musician Victor Feldman who he first discovered via his tenure with The Cannonball Adderley Quintet.

Surprisingly, this is Brian’s very first jazz piano album of his illustrious and award winning career, and marks a return to the instrument and the music that first entranced and enthralled him as a young boy. His musical journey, which began in austere post war London, and on which he absorbed so many varied styles of music, and literally took him around the world, enrapturing audiences worldwide, has indeed come full circle.