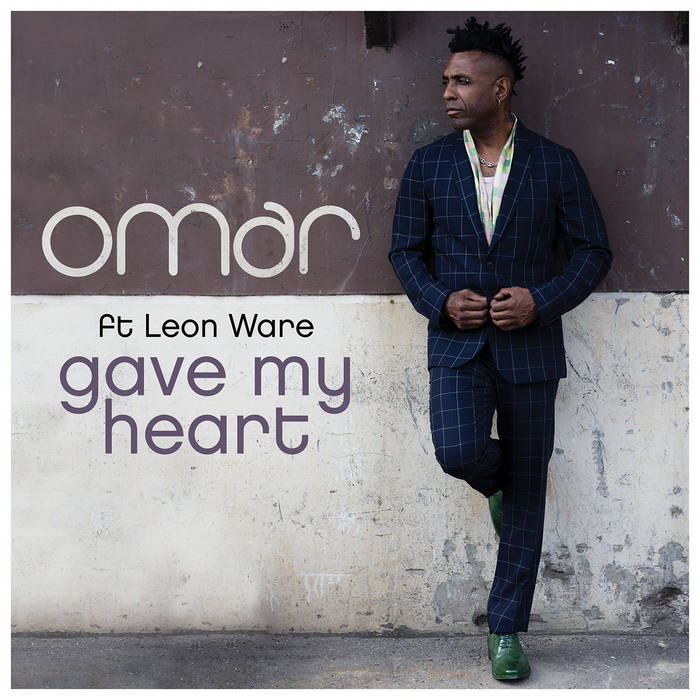 Love In Beats, Omars’ most recent album, has further cemented his reputation as a truly individual artist – with a sound and style which is utterly unique. It features various special guests, but none quite as special as one of Omar’s biggest influences – and someone who became his close personal friend and musical collaborator – the recently departed legend Leon Ware.

It’s impossible to list them all, but just a few artists who benefited from his genius would include The Four Tops, Ike & Tina Turner, Marvin Gaye, Quincy Jones, Al Jarreau, Minnie Riperton and Michael Jackson. Leon so trusted Omar that he allowed him and his co-producer brother Scratch Professer to use elements of his classic tune ‘Rockin’ You Eternally’ within Gave My Heart – and also contribute his unmistakable voice too, as Omar elaborates:

This 6 track EP not only features the beautiful original version of Gave My Heart, but 4 highly individual re-interpretations – imaginative and creative remixes from highly renowned names DJ Jazzy Jeff, The Reflex, Rob Hardt and also a trademark ‘re-twist’ by Omars’ Grammy Award winning brother The Scratch Professer. Stirred into the mix is Brainstorm – an exclusive track never heard before that features a on point rap from Maurice Brown.
Omar and Freestyle Records wish to dedicate this release to the music and the memory of Leon Ware – a beautiful soul and incredible ground breaking soul artist.