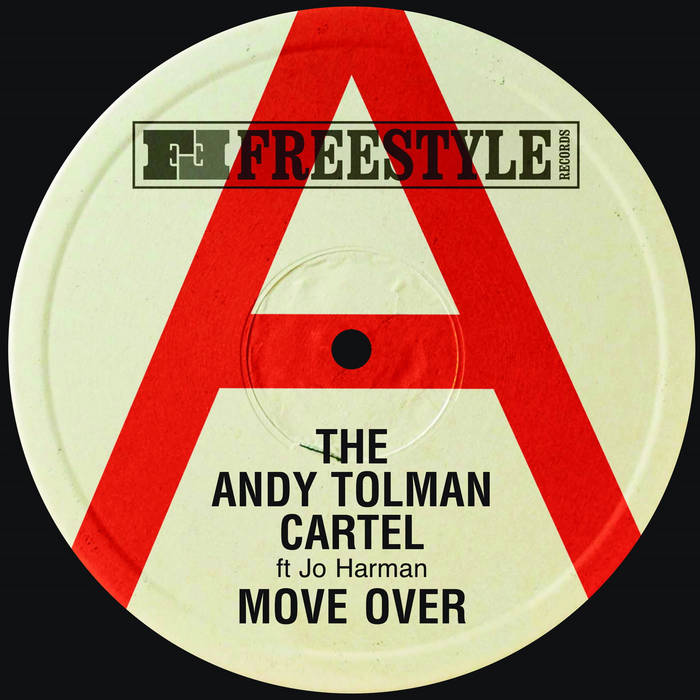 Move Over
The Andy Tolman Cartel

For many decades, if you wanted to listen to great music all you needed to do was one thing…switch on your television!

TV and film soundtracks were often the work of absolute masters of their art – such as US legends Lalo Schiffrin & Quincy Jones, and their UK counterparts Ronnie Hazelhurst and Alan Hawkshaw, provided the soundtrack to the 60, 70’s and 80’s at a time when film and TV music was unashamedly groovy and featured the ensemble of choice for the jazz arranger: The Big Band! The Andy Tolman Cartel captures the spirit and musical excitement of that style with a collection of epic tunes, composed, arranged and recorded for Big Band by bass player, composer and bon viveur, Andy Tolman and produced by the projects drummer, Nick Van Gelder.

As a tantalising taster of the sounds encompassed within the forthcoming full length album Cypher – this absolute kicking single kicks off with a thundering, stomping cover version of Janis Joplins’ Move Over – with award winning singer Jo Harman on vocal duties (Jo recently hit the BBC Radio 2 playlist with her own single When We Were Young which features the Doobie Brothers Michael McDonald as special guest) The flipside – album title track Cypher – contrastingly is a brilliant, spy movie style scorcher with disco flourishes – banks of blazing horns, squelchy synthesizers, super tight drums all coalesce into the greatest soundtrack currently searching for a TV show to be the theme for!