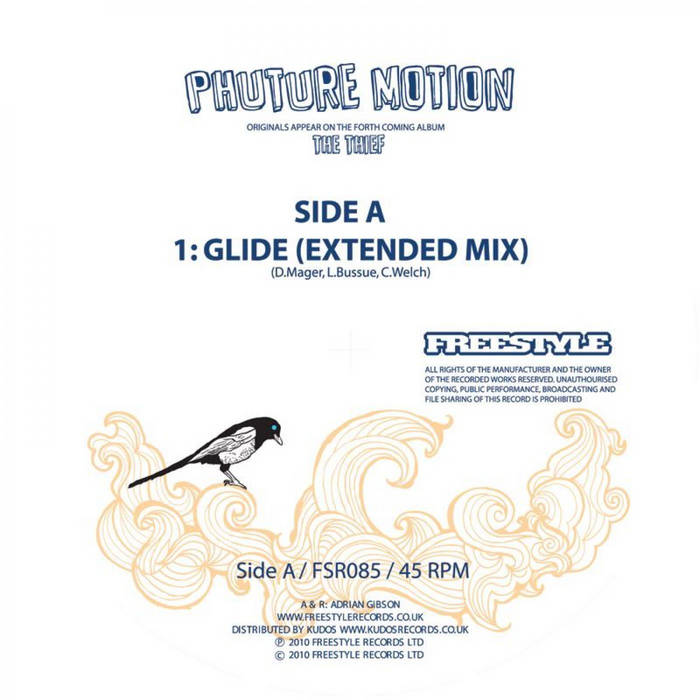 Long time musical collaborators Danny Mager, Levi Bussue and Chris Welch met and worked together as DJ’s and promoters at the highly respected and long running club night ‘Phon-etics’, they have made a name for themselves as resident and guest DJs at a variety of nights over a number of years using these sets and their radio show to push their love of of a wide range of upfront music ranging from the nastiest, bassiest grumble to the most beautiful, soulful singsong.

Phuture Motion storm into 2010 with an innovative blend of latin, dubstep and broken beat. This single features an exclusive, extended mix of ‘Glide’ in addition to 2 vinyl only remixes by The Colonel and Mr Dubz. Phuture Motion take a healthy dose of Latin influence around the corner; ruff it up, shake it down and send it off in a new direction!