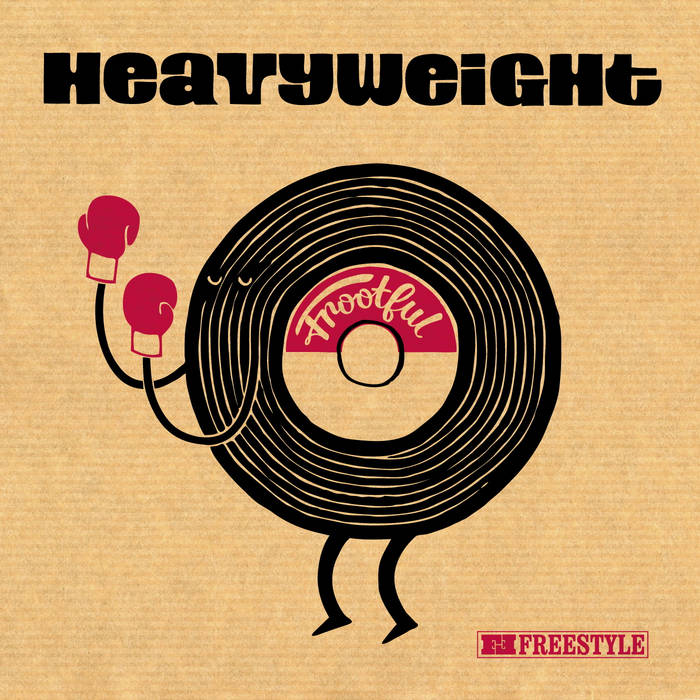 In 2011, Frootful released their debut album Colours on Freestyle Records to great acclaim, with everyone from Osunlade, Craig Charles and Diesler praising its modern-yet-retro blend of 60s soul, rocksteady, dance floor friendly jazz and R&B, whilst Jazz FM made it an Album Of The Week. The debut single taken from it, ‘Fish In The Sea’ became a club hit, and also featured in Steven Soderbergh’s hit movie Magic Mike.

Fast-forward to 2013, and guitarist Nick Radford and crew return with an equally eclectic collection of songs and grooves that make up the new album, Heavyweight. The title originates from a soul night Nick used to play 45s at, but also tips its hat to the art of producing a record, in aiming to get an authentically heavy sound down – from the writing, engineering and recording, through to the final mixing and mastering. Co-producer Krzysztof Oktalski played a big role in getting such a sound down, himself a big Northern Soul collector, who worked with Larry Stabbins and members of Portishead on his Stonephace album (on Tru Thoughts).

As if to pay homage to their original influences, the album’s opener is a cover of a track originally by Billie Poole with The Junior Mance Trio featuring one of Nick’s musical heroes; jazz guitarist Kenny Burrell. This new version features the ice cool vocal of Nick’s long time collaborator Angeline Morrison, also a Freestyle artist in her own right now since the release of Are You Ready Cat? earlier in 2013.

A new and exciting collaboration happens on The Road, which is a bright, breezy and uplifting soul groove, that has something of a classic Isley Brothers feel, where shimmering horns underpin Mazens Bedwei’s Curtis Mayfield inspired vocals, and Frootful main man Nick Radford’s tasteful guitar picking locks down this sweet summer sound.

Another quite sublime moment occurs when Mazen and Angeline Morrison voices join forces on the beautiful Baby It’s A Fine Line, a delicate duet that hints at the southern soul of Stax Records, as both vocalists take turns to express themselves over this delicate song of troubled love.

Producer of the debut album, Adam Gibbons, lends a helping hand with some production work on a couple of tracks; Gettin’ Ernest skanks in a mildly dubby style, guitar and organ taking turns to let off some steam, reminiscent of the late 60s work of Jamaican music legends Jackie Mittoo and Ernest Ranglin – while Jazz Hands cooks up a distinct flavour of good ol’ fashioned swing, the heavily syncopated drums having one foot in the Cotton Club and the other firmly on dancefloors of the 21st century.

Frootful’s return has the hallmarks we have come to expect; originality, eclecticism and that indefinable quality that’s marks them out from the crowd.