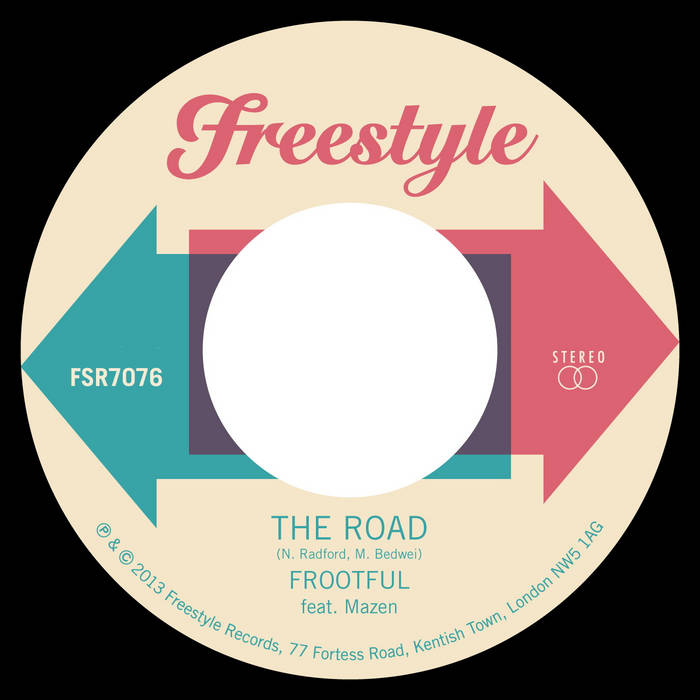 Frootful return with a fantastic two track 45 taken from Heavyweight – the follow up to their eclectic 2011 debut long player ‘Colours’ (a former Jazz FM Album Of The Week).

The Road features UK soul vocalist Mazen Bedwei, who first featured on a Freestyle release when singing on Nick Van Gelder’s ‘Something’s Gotta Give’ on the compilation ‘Sounds From The Soul Underground’.

The Road is a bright, breezy and uplifting soul groove, that has something of a late 60s feel, where shimmering horns underpin Mazen’s Curtis Mayfield inspired vocals and Frootful main man Nick Radford’s tasteful guitar picking locks down this sweet summer sound.

On the flip, the mood is altogether more greasy; Benedicts Boogaloo is a gritty soul-jazz work out that’s been double dipped in the funk. Nick gets the chance to display his guitar chops wonderfully, the bubbling bass line is unrelenting whilst a dirty, distorted organ grooves out to a stunning climax!

This is a mere a taster of what is to come from the new album, Heavyweight, this 45 giving just a hint of the musical delights contained within.