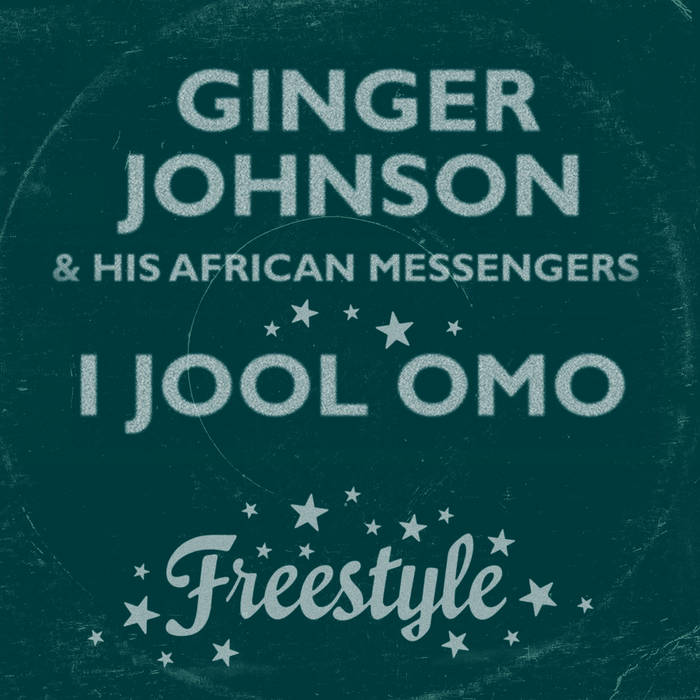 I Jool Omo
Ginger Johnson and His African Messengers

Ginger Johnson’s life is one of the greatest untold stories of African music in Europe. A Nigerian immigrant to London in the late 1940’s, who quickly became the rhythmic backbone to the big band of The Edmundo Ros Orchestra and the jazz group of Ronnie Scott. By the mid 1960’s Ginger was considered the only Afro-Latin percussionist to book, which is why he played with everyone from Georgie Fame, Quincy Jones through to The Rolling Stones.

Ginger Johnson was also mentor, guide, guru and father figure to a young Fela Kuti. Gingers house in London was a vibrant hub of African music activity for Fela and an entire host of African & Caribbean musicians who would gather there to catch up, eat and jam for hours on end. To Fela, and all the younger musicians who gravitated around Ginger, he was simply known and addressed as ‘Father’.

Ginger was also instrumental in the beginnings of The Notting Hill Carnival. His own venue, Club Iroko in North London, was a creative hub for groups like Osibisa, Cymande, and also a welcome hang out for visiting legends like Art Blakey, Roland Kirk, and Elvin Jones.

I Jool Omo is an infectious, happy rhythmic extravaganza, where layers of pulsating drums are perfectly meshed with jazzy flute, saxophone and a hypnotic guitar riff whilst the collective vocal lifts the entire track into a high energy, mesmerizing groove. As the chief exponent of the African talking drum, the thunderous beat that opens Talking Drum leaves you in no doubt as to the power and impact of Gingers skilled drumming.

Ginger Johnson’s music is built upon a bedrock of African drums, hi life, and jazz, and is the forerunner of Afrobeat – and Gingers direct and vital influence upon the genre’s undisputed champion Fela Kuti is just one part of a fascinating and underappreciated story that only now is being recognised for its significance.

Ginger Johnson and His African Messengers