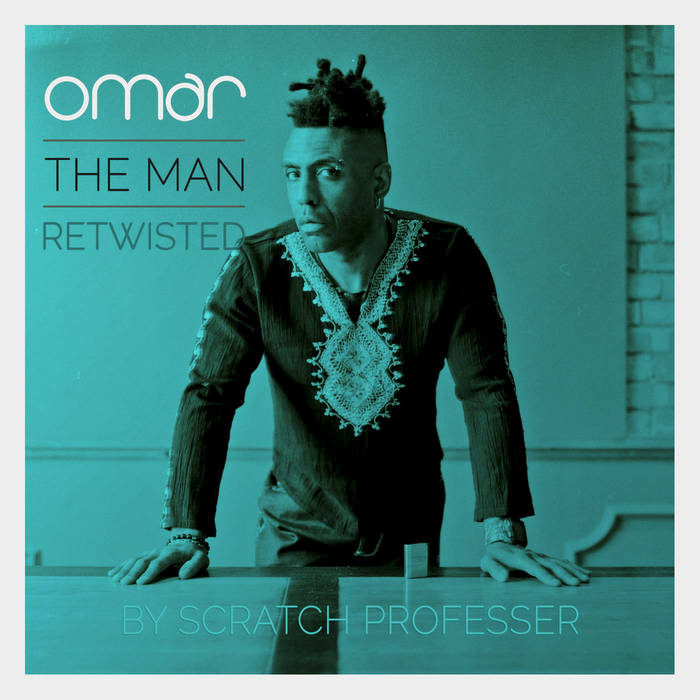 The Man – Retwisted by Scratch Professer
/

The Man, Omar’s first album for Freestyle Records, confirmed beyond doubt that he is still at the top of his game, with everyone from Gilles Peterson, Trevor Nelson and Jamie Cullum giving both major support and high praise for the simply magnificent new high point in his long career.

The Lyefook family are truly blessed with talent, Omar’s father Byron enjoyed a career as a renowned reggae drummer who played on many seminal Jamaican recordings, sister Samia is a vocalist in her own right (and backing singer for Omar’s live shows) and younger brother The Scratch Professer is an award winning producer & remixer, DJ & MC who has been in the public eye even longer than Omar – his appearances at the 1988, ’89 and ’90 DMC UK Finals when still in his early teens have become stuff of legend!

Scratch Professer’s past credits include working with Dodge City Productions, Slick City and he picked up a Grammy Award for producing two tracks on Damian Marley’s Half Way Tree Motown released album in 2002.

Fast forward to 2015 and Freestyle is proud to present a true family collaboration, what Omar and Scratch have dubbed ‘The Brothers Sound’: The Man Retwisted by Scratch Professer.

Taking the basic elements of the albums tracks as a foundation, Scratch rebuilds each tune, taking it often in markedly different direction, adding obscure and intriguing samples, dialogue, new beats and textures – hence his trademark method known as a ‘retwist’.

The highlights are many, but worthy of specific mention are his reworking of Come On Speak To Me, Bully and the supremely mellow and sublime retwist of the evergreen There’s Nothing Like This.