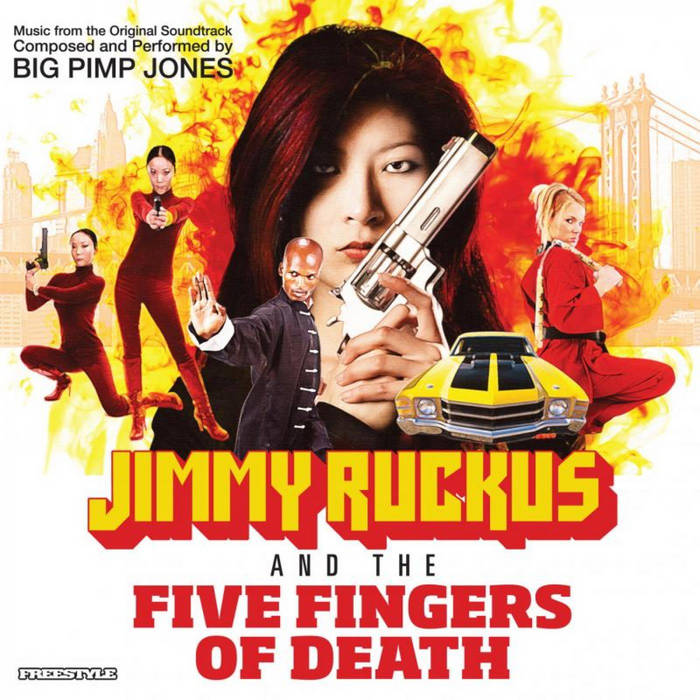 Jimmy Ruckus and The Five Fingers of Death
/

‘After this fight, you’re gonna call me Master Grant. Cuz I’ll grant you life or death after whippin that ass’. – Jimmy Ruckus

What happens when you make a sequel to a movie that no one knows about?

In the case of ‘Jimmy Ruckus in the Five Fingers of Death’, you end up getting ridiculously popular overseas.

While the original (Bad Bad Jimmy Ruckus) still hasn’t been released despite its outrageous final auction price on ebay for the master copy, the sequel (which nobody knew was a sequel) experienced a well received theatrical release. In Singapore, according to box office statistics, it was the number 8 movie in terms of gross in 1978 and resulted in a mild cultural phenomenon and catch phrase (‘I no want you tink I bad girl’). The movies fight scene featured over 20 beheadings; naked female assassins using poison lip balm; a chase scene involving a monarail, a harpoon and six bison; and also one of the most bizarre sex scenes ever committed to film (trust us). Maybe the outrageousness of the film appealed especially to Singapore audiences (the movie was a disaster elsewhere). In fact, the lead actors in the film still to this day draw upwards of 3,000 people to conventions and film viewings.

And the soundtrack you now hold in your hands? It peaked at number 3 on the Singapore equivalent of Billboard (hard to believe, since current final auction prices on them reach upwards of $2,000). And no wonder – the soundtrack picks up right where the original lets off, delivering even more fast and frenetic blasts of funk, sticking to the same basic funk-and-breakbeat vibe that worked for the first soundtrack with a few notable changes. First, the rock vibe on this album is more prevalent than on the first album, showing the influence of Hendrix and other prominent guitarists of the time. Second, some of the keyboard work is more advanced, drawing from the acid, prog-rock sound and creating an interesting contrast to the heavy heavy funk bottom laid down on the tracks. Third, it’s worth noting how current some of the song topics were for the time, referencing Houston Astros pitcher J.R.Richard, Chicken and Waffles and ‘Pink Salons’ early in their development.

Even though very few people knew about the sequel, apparently Singapore did – and they beat the rest of us to punch by about 30 years.

Now the rest of the world gets to catch up.