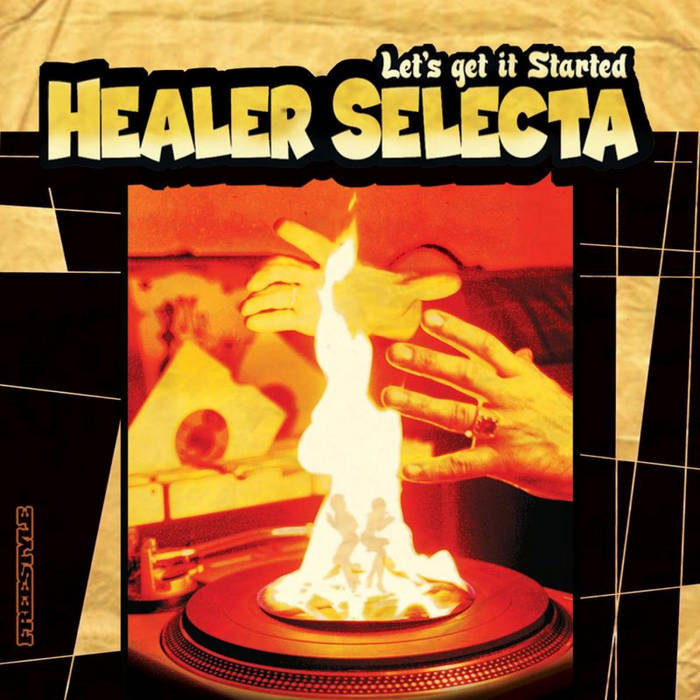 Lets Get It Started
/

Lets Get It Started
Healer Selecta

Healer Selecta (aka Yvan Serrano-Fontova) is one of those multi talented characters in music who has blazed his own individual and highly independent trail right from the outset.

Starting his musical journey early on, aged 10, playing along on his guitar to 45s by Link Wray and Magic Sam and digging the rebellious sounds his rock & roll and R&B heroes like Gene Vincent and Bo Diddley, Yvan was already displaying his wide ranging, eclectic thirst for music that was raw, exciting, retro and powerful. By the age of 18 he was putting on parties, gigs, shows, festivals and playing guitar in bands and grooving to whatever hidden gems he dug out of the dusty record boxes of record shacks across Europe and the US.

The Healer Selecta phenomenon has been involved with an amazing array of influential figures over the years as a musician, club promoter, DJ, and film music supervisor, including John Peel, White Stripes producer Liam Watson, The Noisettes, Charlie Winston, The Portico Quartet and Hinda Hicks, as well as his own well renowned Raison D’Etre Collective.

‘Lets Get It Started’ is an album that displays all of Yvan’s wide ranging taste, musical knowledge and experience. There are precious few groups whose influences range from soul, rocksteady, afrobeat, samba and Rhythm & Blues, latin boogaloo and surf, and even fewer who can blend these influences into a cohesive and original sound for the 21st century. It’s not for nothing that respected publications sing his praises: International music bible Mojo magazine declared that ‘Healer Selecta has made London swing again’ whilst London listings magazine Time Out described Yvan as a ‘hero with a record box.

Sit back, let Yvan and his crew take you on a wild musical journey where genre, trends and narrow minded purism take a back seat in favour of simply great music, not old or new – just good!