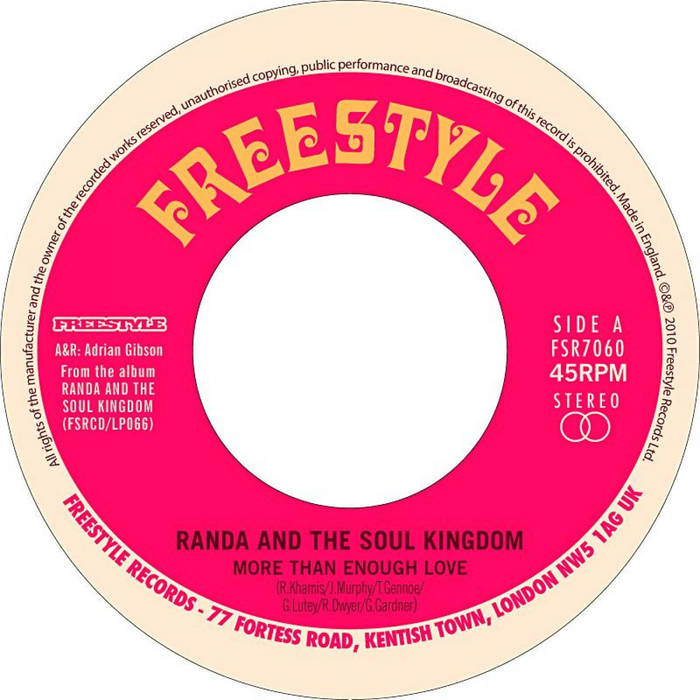 More Than Enough Love
Randa And The Soul Kingdom

If Randa & The Soul Kingdom don’t have you up and dancing in an instant you had better check your pulse as you may already be dead!

Randa has her Number 1 fan in the shape of respected BBC Radio DJ Mark Lamarr who featured tracks from the album week after week after week on his ‘Gods Jukebox’ show whilst dripping glowing praise, and the debut album this single is taken from has proven that Aussie sistafunk is a force to be reckoned with! This release provides further evidence, as if any were need that Randa is one of the best of the crop of 21st Century soul vocalists. The flip side to this killer diller 45 is a remix of the A side by that one man fonky beats and remix machine Lack Of Afro! A crisp and tasty 45 which comes with a funky pink label.