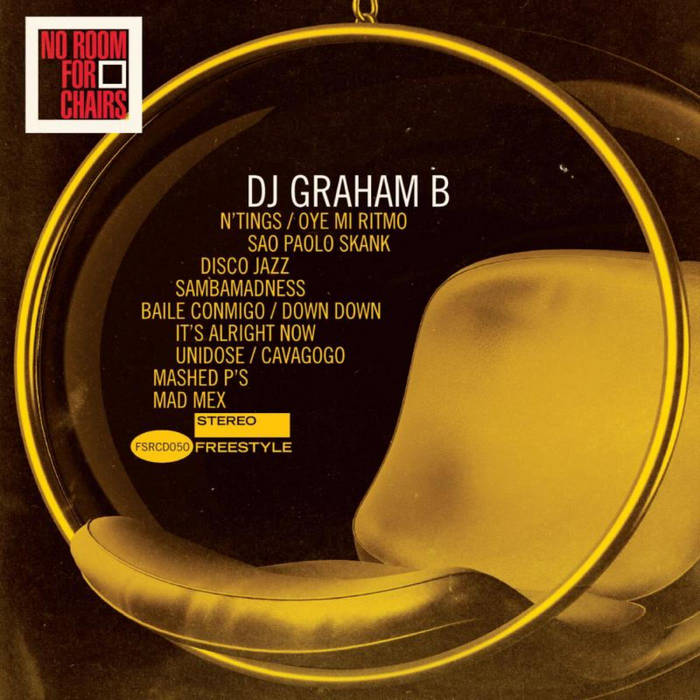 No Room for Chairs
/

No Room for Chairs
DJ Graham B

Regarded by many as a pioneer on the Dutch music scene DJ Graham B moved to Amsterdam in the late 80s and helped kick start the house scene there, promoting parties and radio stations, etc. He also co-founded and produced the first two albums of the ever-popular New Cool Collective. As one half of Jazz Juice, DJ Graham B has notched up some of the biggest selling singles on the Freestyle label and has carved a niche for his own style of electronic infused samba and Latin music – winning over fans such as Gilles Peterson, Mr Scruff and Annie Mac along the way.

With his latest full length release, ‘No Room For Chairs’ DJ Graham B’s always eclectic sound-scapes are widened further as Brazilian beats, funky organ loops, drum and bass, and DJ scratching all feature as well as the sultry, soulful vocals of SaraLee Vos on the down tempo groove that is ‘Down Down’.

The spirit of Jamaican music pioneers ‘The Skatalites’ haunts the latino/ska mash up of ‘Sao Paolo Skank’ and should prompt well shone loafers to hit dance floors across the world as heads nod and fingers snap in time to this irresistible audio assault!

‘No Room For Chairs’ also features contributions showcasing the multi instrumental skills of one time Graham B collaborator Alain Eskinasi, particularly on ‘It’s Alright Now’ providing just one of the musical highlights that makes ‘No Room For Chairs’ hard to pigeon hole and totally impossible to resist.