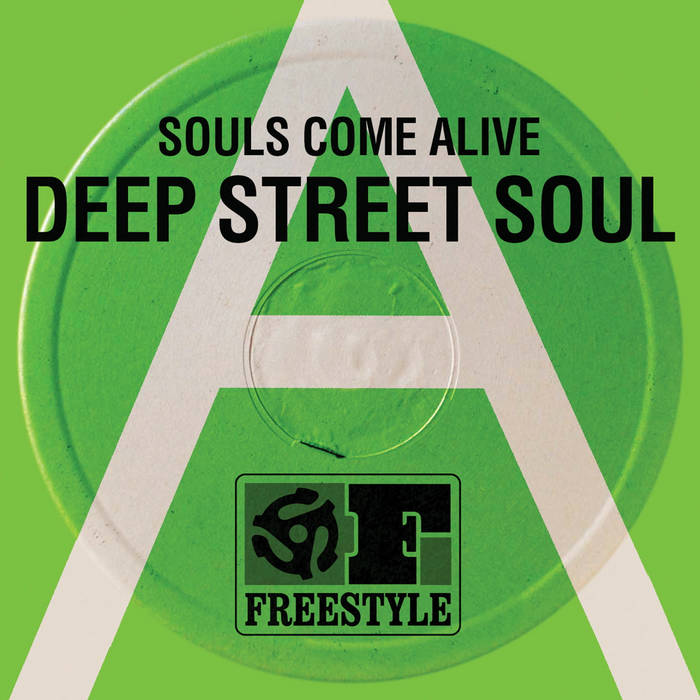 Australia’s Deep Street Soul, since signing to Freestyle Records in 2008, have earned a reputation as being right at the grittiest end of the hard funk scene who made a big impact from the outset – with even the MC5’s Wayne Kramer saying that their version of Kick Out The Jams “… is the greatest version of the song ever recorded!”.

From their debut self titled instrumental long player, to the 2011 follow up ‘Look Out, Watch Out’ (and the addition of vocalist mighty May Johnston) this band have delivered two extremely tough and uncompromising slabs of raw funk & soul.

2016 sees the band return with this two track teaser taken from the new album ‘Come Alive!’, and it’s clear from the outset that the group have taken it up a level with Mighty May making her presence felt on both sides of this heavy 45.

Souls Come Alive leaps from the speakers with Monique Boggia’s electric piano intro, the blistering horns kick like a donkey behind May Johnson’s simply exemplary singing – the songs’ catchy appeal will be lost on no one with an ear for genuine organic 21st century soul music. the flipside Done Me Wrong also doesn’t let the pressure drop for a second.

Without a doubt this new single proves Deep Street Soul have delivered two extremely tough and uncompromising slabs of raw funk & soul that hints at the stunning album to come.