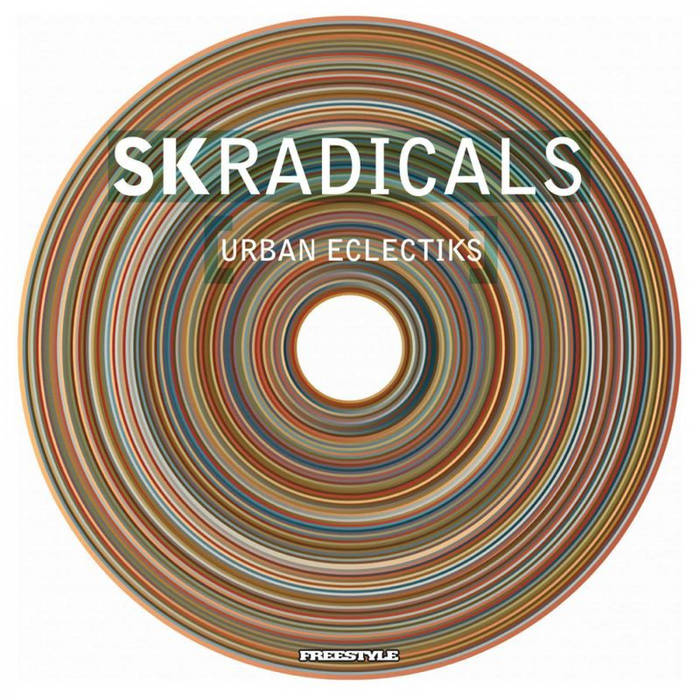 SK Radicals is the brain child of the multi talented, multi instrumentalist Sean Khan. The band consists of Sean on saxophone, keys, vocals and production, Jacob Eggay and Susan Allotey providing vocals, and Derek McKintyre on bass. Individually, members of the band have worked with a number of great artists ranging from Roy Ayres, The Jazz Crusaders, Lisa Stansfield to John Stevens and Bugz in the Attic.

‘Urban Eclectiks’ SK Radicals first Freestyle release is grounded in jazz, but is equally in touch with contemporary soul, R n B and urban beats. This is a record that could only be the product of eclectic listening and our post modern times. Asked what his motivation was Sean states that the projects main aim ‘is to reflect all genres within urban music and to get away from that materialistic, aspirational nonsense that has taken over urban music and that threatens to destroy its soul’.

‘Troubled Times’ is a suitably moody opener and allows Seans vocals to evoke just a little 21st century angst, which then contrastingly gives way to the latin-jazz groove of ‘My Story’ on which Susan Alloteys’ delicate, evocative singing rides across killer, grooving double bass and swinging drum rhythms.

Other highlights include ‘That Obscure Object of My Desire’ on which Sean stretches out on his sax, paying homage to his hero John Coltrane, the spoken word, thumping house groove of ‘Indifference is the Enemy of Love’ featuring Geneveive Grant, and Benet McLeans amazing piano playing on Free Yourself.

The soundscapes and musical textures featured within ‘Urban Eclectiks’ will appeal to those who appreciate unabashed musical eclecticism. Rooted in jazz, steeped in soul with an ear cocked to contemporary urban sounds, the SK Radicals join the musical dots beautifully, modern fusion for troubled times.