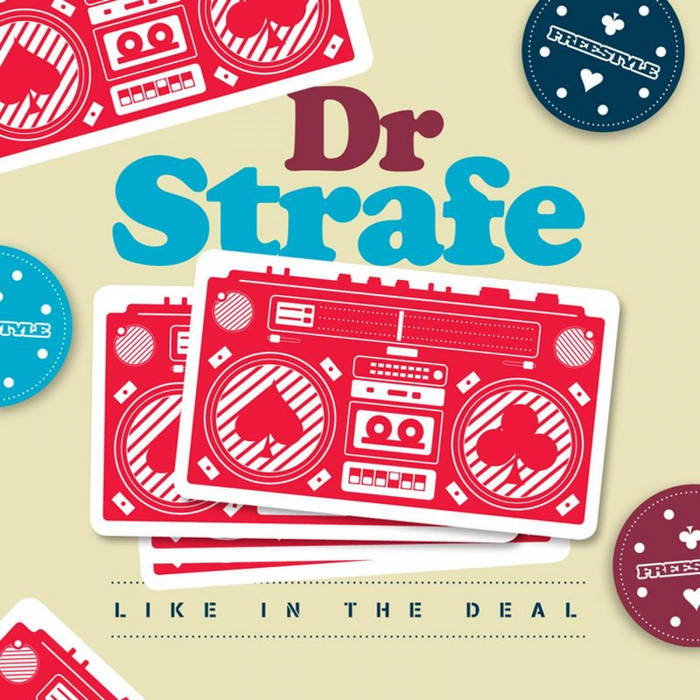 Rob Sayles (Dr Strafe) is the Bristol based DJ/producer who was originally active on the Drum & Bass scene as a DJ/promoter for several years, running a renowned night called ‘Stealth’ which featured many big name DJs like Bad Company, Ed Rush and Moving Fusion.

Having then had his ears opened up to the funkier side of things by acts such as RJD2, Breakestra, Quanitc, Bonobo he began to incorporate all his new favourite sounds and influences into the deeply groovy stew he is now renowned for.

Refocused, Dr Strafe aims to produce modern funk music that tries to add something new or something from other styles of music like breaks, and house, etc as he feels funk can be incorporated into almost any genre of music with fantastic results if it’s done right!

Like In The Deal fuses all these influences: contemporary breaks and beats fused with retro movie soundtracks that evoke car chases & bank heist themes, blended with Motown sounds from the 1960’s and 70’s along with retro gaming effects, namely 8-bit Nintendo and C64 style music!

The end result of his endeavours speak for themselves. Hear dark rave undercurrents mashed into 70’s funky brass parts of ‘Popcorns Groove’, the jazz guitar that rides JB style groove of ‘Acapulco Nights’, the massive hip-hop breaks that provide the relentless drive of ‘New Orleans Acid’.

‘Like In The Deal’ is a 21st century tour-de-force that brings together all the best elements of 40 years of soulful dance music. Not just old, not just new, just good.