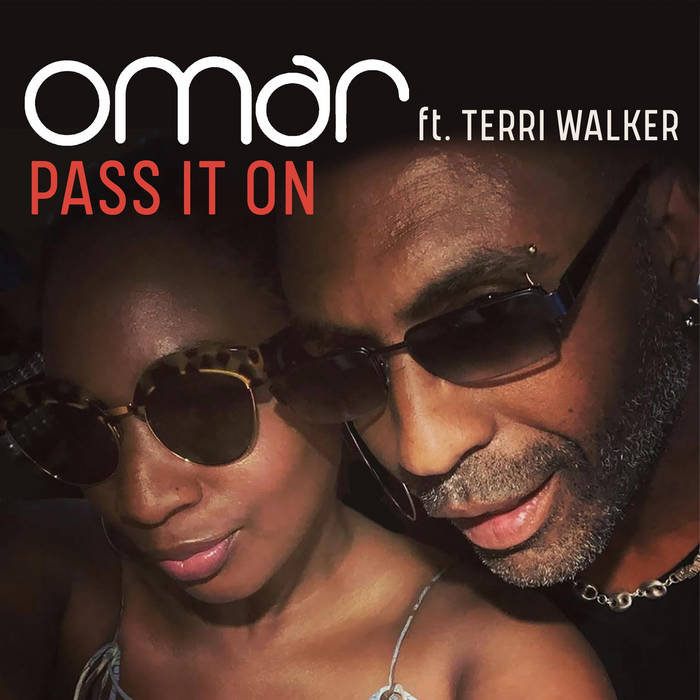 Pass It On
Omar

Omar is quite simply a one off, a genuinely unique artist. That’s a bold claim, but his vocal and production sound is so identifiable, that you will know you are hearing an Omar track within seconds – and that is the stamp of true originality.

As Omar is about to undertake his first North American tour in 10 years, and as we prepare to release his first proper, career spanning compilation ‘Omar – The Anthology’ , Freestyle Records is immensely proud to release this 2 track single that includes the brand new track Pass It On, taken from the forthcoming Anthology – a beautifully funky collaboration with Terri Walker, the equally single minded and original vocalist who should be no stranger to Omar fans. This is fresh, exclusive and a very fine example of what can happen when two like-minded artists pool their creative, musical talents.

Neo Soul is a much used and abused term – Omar has been both credited and pigeonholed with that moniker, although many critics have pointed out his music has always contained strong elements of Caribbean & African music, jazz, funk, latin and other styles that ‘run of the mill’ neo soul artists rarely touch, or with such authenticity, and that may just be one secret to his long established appeal and success.

And, as if a reminder was needed of how Omar’s reputation reaches right around the world, and to the very greatest musical minds – this release allows us all to marvel once again at ‘Be Thankful’, the infamous cover version of William DeVaughn’s 1970’s soul hit that has been a staple of Omar’s live shows for many years and of course, features another wholly unique artist – Erykah Badu. A long time fan of Omar’s she came good on her word and jumped at the chance to feature on this track – she is also on record as stating that “Omar is one of my favourite artists…ever”