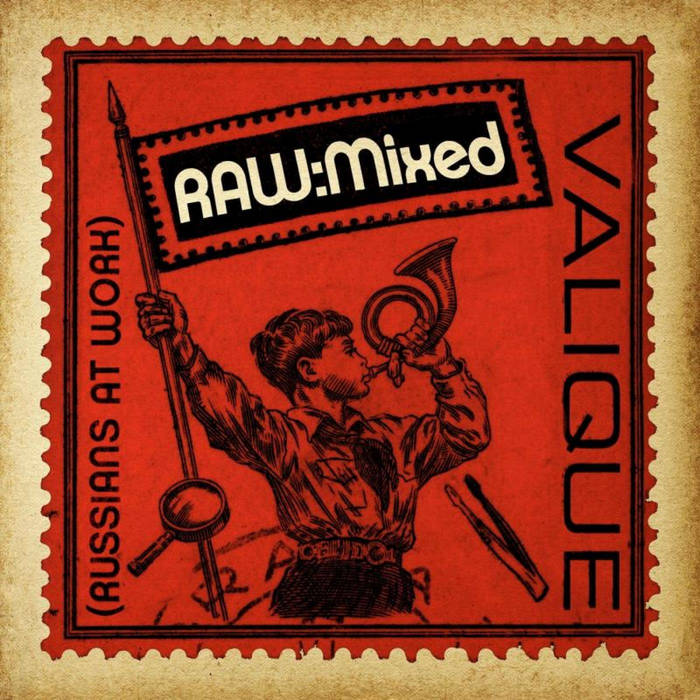 Valique has been busy making music since the beginning of the 90’s. Ranging from ”live-performed heavy jungle” to ”jazzed up ethnic soundtracks”, it is only within the last few years that he has gained the title of # 1 Russian funk & soul producer – and for good reason!

As Freestyle Records first digital only, full length album release, it is fitting that this remix project is the child of MySpace. Every mix comes from one of Valique’s world wide web connections, it’s an international mixture, covering Europe, States, Australia, all linked up through Russia.

As a reworking of tracks contained within his original album R.A.W. (Russians at Work) FSRCD043 from here on in Valique himself will take us through the highlights of the collection:

Latch (Valique’s Boogie Edit) “I felt this track’s potential was a little underestimated in the album version. It was a free Afro-touched ride, but I felt there’s more to say, especially in the horns. So gave it another dance-floor life”

Where’s The Love (Mop Mop remix) “Andrea Benini has recently been my guest while a short stay in Moscow – he truly represents a new generation of Italian jazz, with multiple cross-cultural influences, but still with that Italian style. Here he brings Betty’s classics to a different form, making it a smooth ride with a lot of percussion work and a nice twist on harmony”

Long Journey (TUFF remix) “The Uptown Felaz are something like a Jazzanova of Budapest, already with several releases under their belts. They were good at catching the spirit of Long Journey, turning it into classical broken beat with elegant jazzy touch”

Out Of My Head (Quasamodo broken disco remix) “Dimitris is the other half of Smokey Bandits, with two albums on Timewarp Greece, multiple remixes and mashes released all over the world, a man deeply devoted to music. Sophie Ocran, the singer on the track loved his work, he gives more tension and uplifts the original, emotionally and musically”

Night Traffic (Timewarp Inc. remix) “My chilled Moscow version has been driven away from night time traffic jams and turned into a mad drive across the city. Hey, who’s that scratching my car?!

Out Of My Head (Chris Bestwick polar remix) “Originally from London, Chris lives in Helsinki, plays guitar and composes music. I felt this was a perfect ending to all this broken beat madness, chilling out under the cold sun of Finland”

RAW:Mixed displays the happy results of when like minded artists join forces to blend their tastes, skills and ability, and as Freestyle Records first download only album, augers well for quality music in the digital future!